The ring of truth...
When I was young, my elders joked that only "nAyanakkArar" (nAgaswaram players) would wear rings on all the fingers (presumably, to show them off as their fingers played over their wind instruments). I also saw kings and mythological heroes wearing many rings. But now, I find so many astrolgers on TV and the net with their fingers sporting thick rings. Don't they feel heavy? Or do the wearers get used to the weight of the rings? The ring is one item of jewellery common to all genders, but the design of the rings, of course, is different for men and women.

Thumb rings are still rather uncommon, but wearing several rings on finger (especially if it is the ring finger) is quite frequent. I wonder why this particular finger has been designated as the "ring" finger, when rings are worn on all the fingers? A ring is a sign of romantic or marital commitment, across many cultures. I have watched an episode of "Everybody Loves Raymond", where, in twiddling his ring, Raymond loses it in a hotel air-conditioning vent, and then gets hit on at the airport...much to his delight and his brother's disgust! 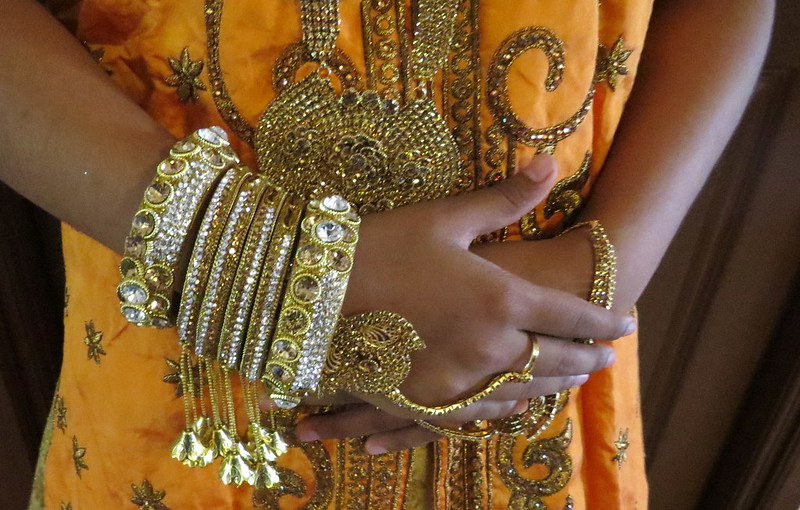 Pic of jewellery including a ring, worn by Fatima for Eid,050619