Hah, At last I have some time and can sit and do this.... 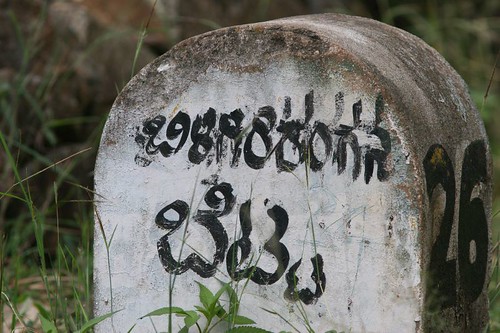 
How was the survey conducted? Two experienced birders took along two or three less experienced ones and had to jot down all the  different birds (not their numbers, though) spotted over several ten-minute slots. Here's  picture of the actual survey sheet, which is what the actual survey is all about. The first column is the list of birds that we have spotted (or the senior birders in the team have spotted easily out of the corner of one eye and we juniors screw up our eyes to see, a few minutes later); the other columns are time slots of ten minutes each.  Each team of 4 or 5 does about 10 or 12 slots of ten minutes each and notes down the birds spotted. Shyamal had designed this methodology.

I decided to take the camera along and document the whole survey; it was made clear that during the survey itself, I would NOT use the camera. However, since we did see several of the same birds after we finished our survey slots, I did shoot a few birds.

I must say that with the torrential rain, our papers at the end of the first day were such a soggy piece of papier maiche....I had to sit and write out the whole list again! (yes, those are my hands that you see.) 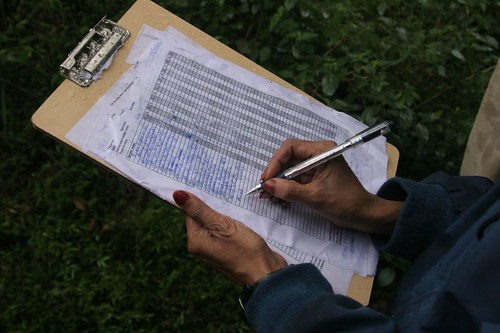 No, this one is not really a "rara avis", though it is not as common as its name suggests any more. It is the COMMON KINGFISHER which we spotted on a water body on our way to BR Hills: 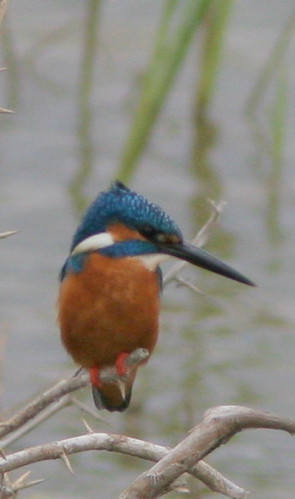 And at the same place we found this RIVER TERN wheeling in the air and enjoying its freedom:

As soon as the methodology was explained to us  that afternoon, and we decided to do a dry run, the dry run disintegrated into a really wet crawl as the heavens opened up. So we decided that we would do the real thing in the morning.

In the morning, conditions were still very rainy, but we decided that we should use the JLR-provided umbrellas and do our job. So off we went, looking like this....Vijay Cavale looking like a golfer out of a Wodehouse story, Yathin looking like a Drenched Yathin, and the rest of us soddenly following. 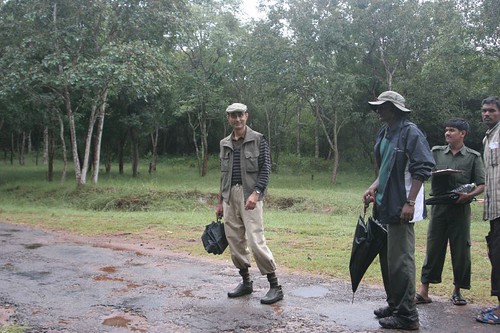 But rain or not, we did our job pretty sincerely, and when it was breakfast time, here we are, asking for our packed meals with great eagerness. That's Anantica Singh, the daughter of Jija Hari Singh, the MD of JLR, and

amoghavarsha (whom  I have always called the Hungarian due to his propensity to be hungry every half an hour), making sure I don't demolish all the packets I have, all by myself. 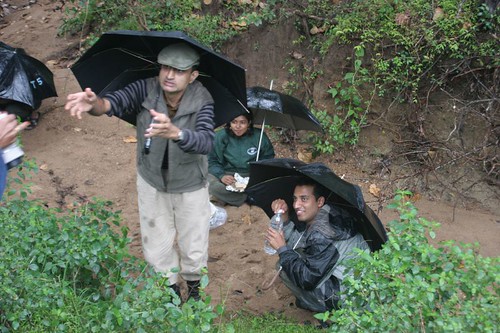 And here are some of the birds we saw on both days of the survey, they may not be in exact order: 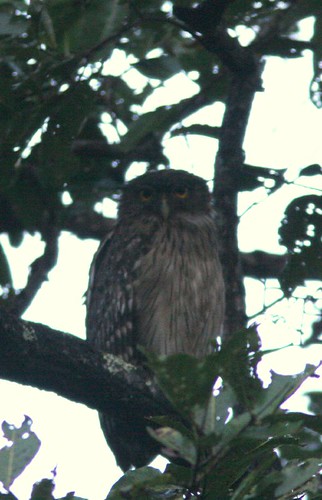 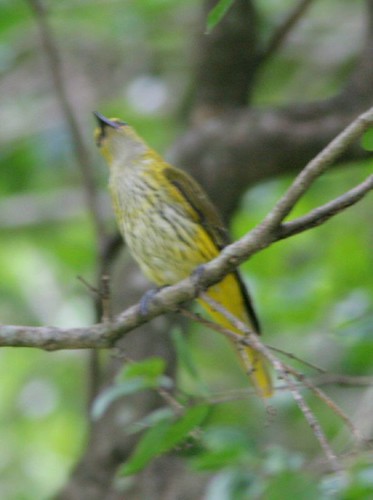 And a GREY WAGTAIL: 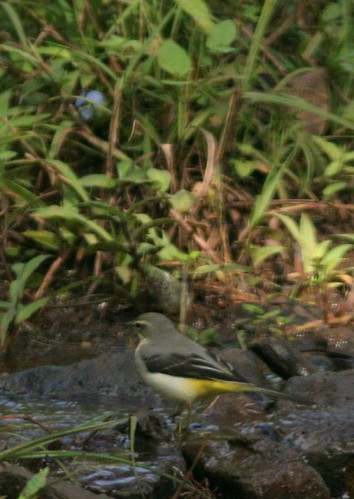 And a GREY JUNGLE FOWL: 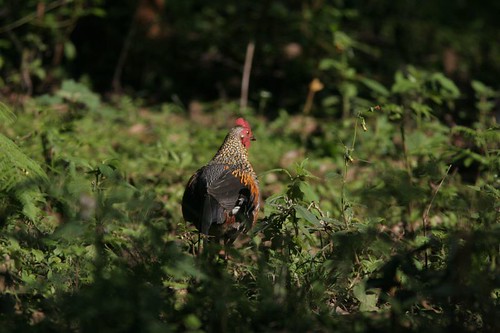 On the second day, we were lucky to see some rare birds, which neither Yathin nor Vijay had got good shots of before. So after we had documented the bird sightings, Vijay took my camera and took this shot of the BLUE-BEARDED BEE-EATER, the largest of the bee-eaters: 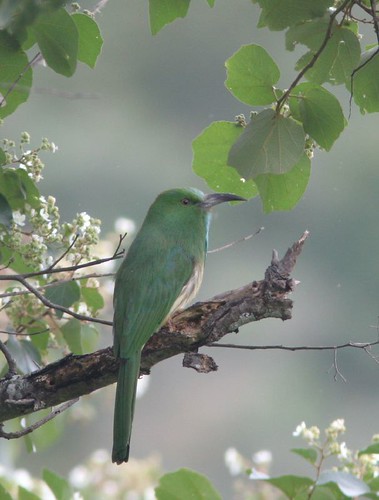 And the FOREST WAGTAIL, also shot by Vijay Cavale on my camera: 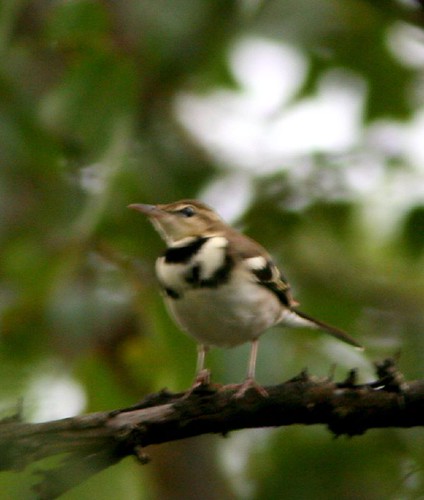 But birds were not the only things we saw. Here's someone saying, "Gaur morning to you"....he looks great in profile, even though I seem to have manicured his horns a little bit... 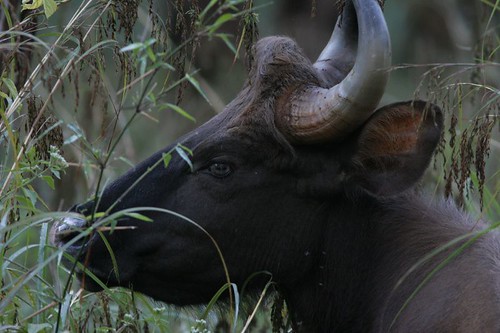 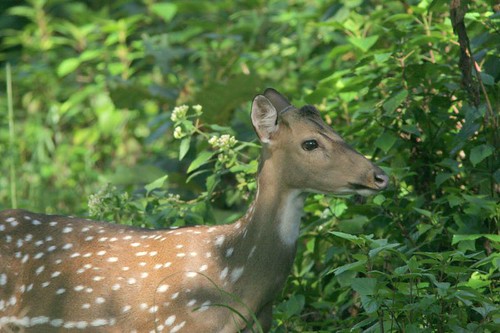 And here are the FAWNS at dawn, your heart will melt at this sight... 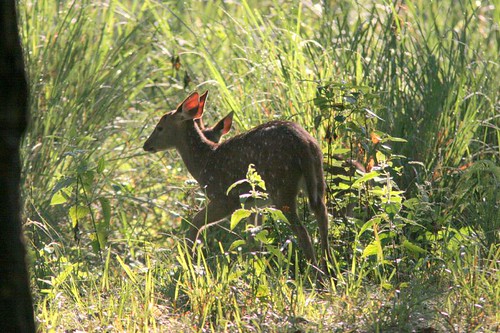 Look at this BARKING DEER in the long grass.... 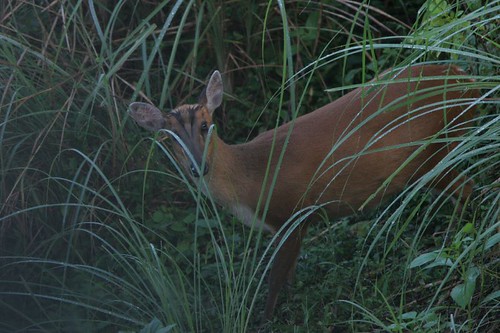 There were much else to fascinate me, apart from the mammals; here is a lovely LADYBIRD: 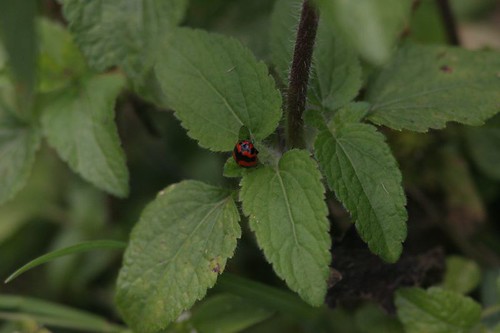 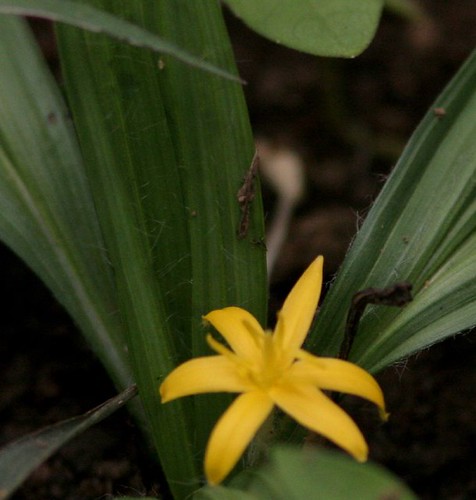 and  this one ( I don't know their names) 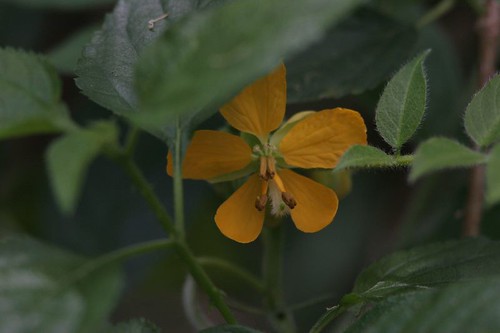 Here are the buds of the milkweed - Asclepias curassavica (Karthik, thanks for the id)... 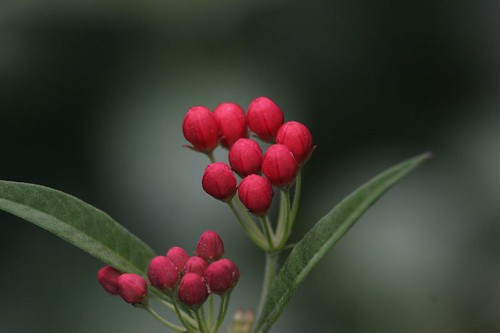 and here are the blooms: 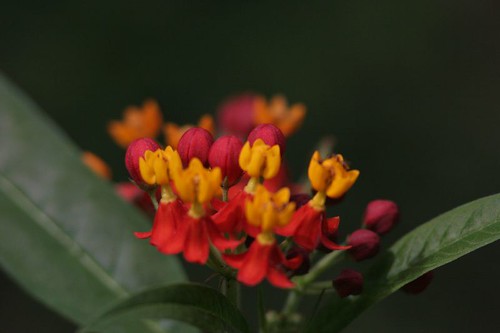 How can one not be awed by cloud formations like this? 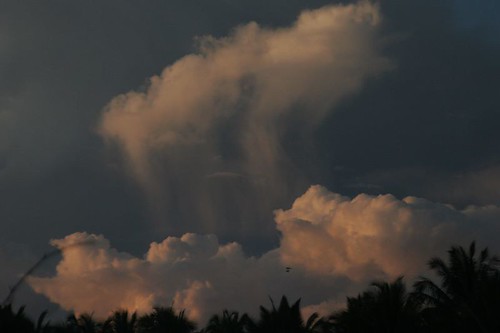 Of course, when we got back to the JLR Resort, we found that

kalyan was still a firm favourite with the MACAQUES that he has spent so much time with. So here is a picture of 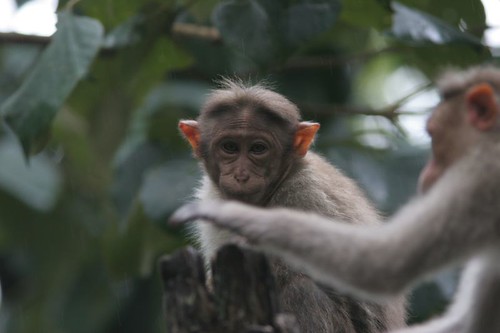 And that photo of course, that must be followed up by the young man who says his "favourite place on earth" is BR Hills and who, to me, will always be associated with that area. Here's 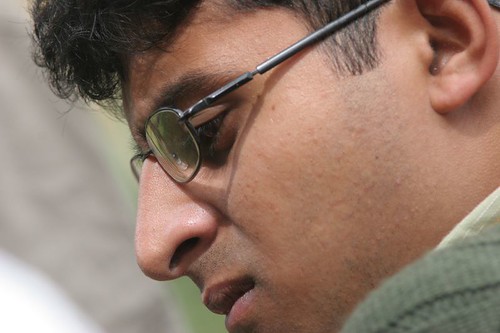 I will be writing a more technical account of the bird survey; (such as how some of the survey got literally rained out, and how many people worked very, very hard to make it a smooth event when obstacles were everywhere)..... this one is purely a personal account. It was a tremendous learning experience for me and I wish I had taken a few more photographs, especially of Vijay Cavale's modified Terracan, that he unhesitatingly gave me the key to take to Biligiri Ranganna Temple...a thing, I may add, that very few men can do!

I am closing with a picture of some of us on the way back from the survey. From left to right, Karthik (Karthikeyan, Chief Naturalist, JLR, whose knowledge of flora and fauna is pretty encyclopaedic.), me (ah, absolutely the reverse), Lokesh, Dr M B Krishna (also someone who has forgotten more about birds and wildlife than I will ever know...he can talk about cloud formations, insects, geology, plants, birds, and animals with equal ease),  Amoghavarsha who put his macro lens to good use and was a great help to me during the survey, and Shyamal, who explained the bird survey methodology to us and who has done intense research, and  designed BirdSpot, a  complex software to give an accurate picture of bird-distribution across our country. I was, indeed, in exalted company! 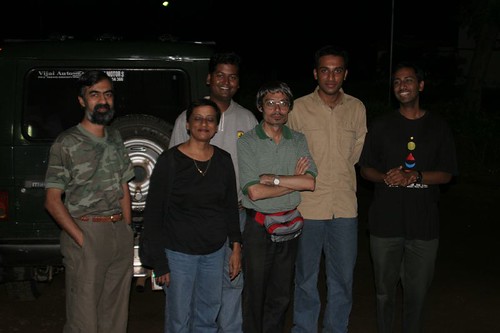 I do hope that, as I continue my contact with them, I keep absorbing more of knowledge about Nature and her many miracles.
Tags: birds, brhills, jlr bird survey
Subscribe