Sorry, some amendments are in order.

A friend of mine says that there are two "units" in a house for rent, but he and another friend (a young woman) will not be allowed to take the two units because of snoopy landlords and neighbours.

Actually, there is apparently no problem in their taking TWO units. The problem arises if they don't want to waste money on two units....they can't take one, that will outrage proprieties. Hypocrisy rules.

But my comments still stand:


In my ideal, everything-is-simple world:

b. If they are, and want to live in or whatever else, that is their
...er...affair, and as long as they are paying the rent properly and are
keeping the premises well, what's the problem? How does the piece of paper
that the marriage certificate is, change anything, as far as the landlord and neighbours are
concerned? Have all those couples in the vicinity shown them their marriage certificates?

d.. And if everyone was like this, how DO unmarried couples live together?
(And I can't believe that there are no unmarried couples living together in
Bangalore.) ( I *would* like an answer to this one.) Do they always pretend to be married? Is hypocrisy the order of the day?

To me, the presence or absence of a marriage certificate it has never made any difference at all to my interaction with a "couple"; it is
their relationship, and their commitment to each other. No marriage certificate can keep a crumbling marriage from falling apart, and no marriage certificate is necessary when the commitment between two people exist...and the whole thing is  nothing to do
with me.  If we can accept that with friends, why can't assorted landlords
and neighbours accept the way some unknown youngsters wish to live? I know a gay couple who have been together for more than 8 years now. I have the utmost respect for both of them and I think it is wonderful that in this cold harsh world they have found love.....

Sad, but true. I asked Jasmeen Patheja of Blank Noise why they could not
also protest against the sexual harassment of women in private spaces as well as in public areas, but
apparently, that is out of their ambit....


This monitor lizard stepped across the road slowly as our jeep approached...and then froze amongst the rocks, where it was very difficult to spot him (or her) even at close range, unless one was very sharp-eyed. 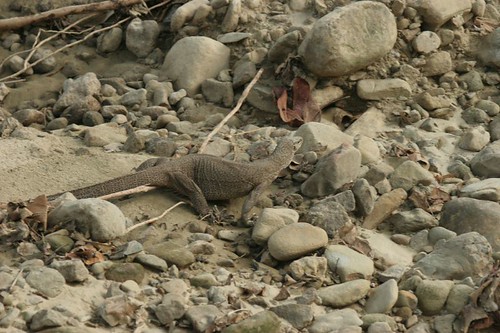 This pass was in the news today as it has been thrown open for trade.... here we are, visiting it in Apr 2004!


Please notice the way my husband's beloved mistress hugs him much closer than I do....if I were called Canon he would be much more fond of me....it was only when he saw someone with an almost identical camera that he gave it to them and asked them to click a snap--and that too, AFTER he had stood in the spot and focussed and set things first! 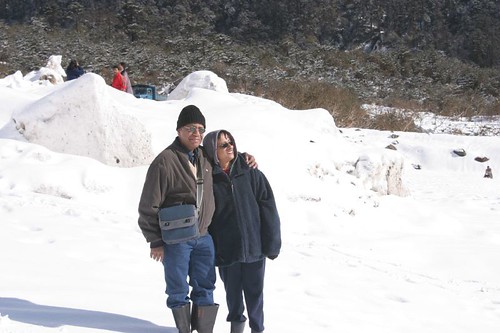