When you put your trust in somebody, and that someone does not live up to the trust...when you think someone will do a good job, and they smile at you and you find later that the job was done shoddily...evem as small a thing as thinking that someone who promises something will come through, and finding that it doesn't happen...betrayal of trust, and lack of commitment comes in all sizes, from the very small to the quite large.

As one ages, one tries to take these fall-short situations in one's stride. First of all, one tells oneself that there must have been situations when one did the same thing..but of course one cannot remember such incidents (does recollection whitewash away the memories where one was at fault?)

Today's small betrayal...Evam, the theatre group from Chennai, staged a play that was named "And Now For Something Different"..and proceeded to give a rehash of their last Monty Python play. It was hugely enjoyed by the audience...but when I see actors with the talent that Evam has, selling out for hype, mindless slapstick (some of the scenes were repeats of the old sketches) and lucre...it's sad. But again, I am in a minority here, as Chowdiah had a full house and the play seemed very popular.

But I have seen their first play, "Evam Indrajit", a translation of a serious, excellent Bengali play...and I feel so bad at the way such great acting talent is now subordinate to, quite literally, playing to the gallery. Must entertainment be mindless, hysterical comedy? Can't an audience think while being entertained?

Ayn Rand addresses this question in her play, "Night of January 16th". She makes the point that educative and entertaining, serious and interesting, need not be mutually exclusive. But I suppose an audience on a weekend afternoon, after a hard week's work, seeks only escapism, and does not want anything else but escapist slapstick...

There is also sadness in knowing that for many people, I am a "foul weather" friend...when things don't go well, and depression and rough times are reigning, then I am someone to talk to interminably and share the sadness and adversity with...but when fair weather sets in, other interesting alternatives and pursuits appear, I am an ex-friend.....of course, lip service is paid to the friendship, but the shell is all that is left. I wish I had the wisdom to both see it coming each time, and not mind about it.

But the good part of the weekend was a cleanup campaign by Clean and Green, that was sponsored by Oracle...it's great to see so many people DOING something instead of just complaining and leaving it at that. Will be posting about that to Metroblogs tomorrow; yesterday was a great day in spite of the awful way it began.

And of course, the beauty of the Kaveri, with her rushing waters, her majestic trees, the scudding clouds and the sunshine...no matter how many people try to foul and mar her beauty, she remains still magically lovely.

We were "on duty" (though we didn't actually do much!) the whole day at the official launch of our friends' boutique...they have used their old home to great effect to house the venture....

Here's one of the lamps on sale: 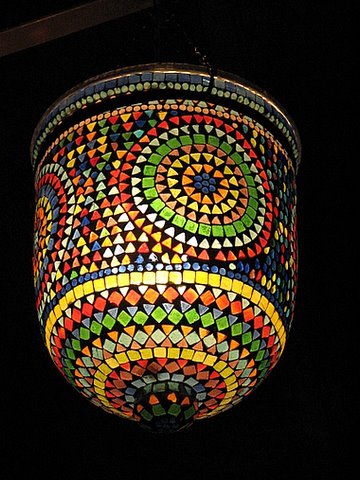 I wish my friend Indira and Avighna every success...she is an excellent businesswoman and I don't doubt that on this date next year, I will be writing of how well her art-and-craft enterprise is doing!

She was one of the very pretty group of dancers at the play by Evam; they danced very well, but were more of a stage device as eye candy for the audience while they cleared away some props and put others in place: 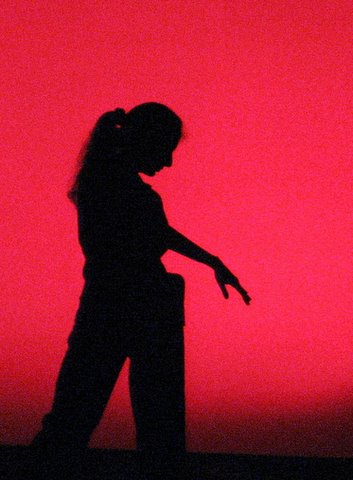 Youth is so full of grace and movement...
Collapse