In digital photography, one can shoot in one (or both) of two modes: RAW, or JPEG. The RAW image, as the name suggests, is the equivalent of the unprocessed non-digital image; it can be post-processed, the image sharpened, the colours adjusted, and so on....it occupies more space on the camera's memory card

The JPEG image is the "almost-finished-cooking" image. It really cannot be post-processed (except maybe some cropping and zooming on a program like Picasa.)

"Serious" photographers shoot only in RAW (shooting in both modes occupies even more space on the memory card.)

I shot in JPEG, and was told by a lot of friends that with a little post-processing, my pictures would become much better. This was a completely valid statement. Some friends DID post-process some pictures of mine and showed me the remarkable difference.

What I did not realize (though

noelladsa did tell me) was HOW much time post-processing would take.

I found that pictures were just piling up, waiting for me to find some time to do that post-processing..and I found that instead of posting pictures as soon as I had taken them, when the excitement of the image and its associated memory was fresh, I was doing exactly the same as in the old pre-digital days, when I had to wait for a roll of film to finish, by which time some of the pictures, and the occasions on which they were taken, were quite forgotten.

So I have decided...I am NOT a serious enough photographer (in terms of image, composition, etc etc etc) to wait and post-process stuff and put the pics up. To me, the content of the photograph is much more important; I want to use the photos to tell a story. If, by the way, the photos are good, that's OK....but I don't really mind posting lousy pics (like the low-light horrors we took on Saturday at Bannerghatta) because they, too, tell a story..in that instance of low light and bad photography conditions, and the limitations of the S3.

But I still chuckle at the thought of how my JPEG-ness catches serious photographers. I was on a bird census with Vijay Cavale, who has documented more than 400 species of birds, and when we were out, we saw the Forest Wagtail, which was on his list of to-be-documented birds. He quickly took my camera, shot the bird...and then realized that I was NOT shooting in RAW...he was so utterly disgusted with me that he could barely bring himself to talk to me, the rest of the day!

kalyan loved a photo that I took of a baby elephant, and wanted me to send it to him for post-processing...

sainath gently reminded him that I was an outcaste photographer!

And when I want to see great photos...I have a HUGE group of friends who are superb photographers...why bother to learn gourmet cooking when surrounded by pro chefs? Producing good thayir shaatham is enough!


And just to wind up, here's a picture of some exquisite flowers in Lalbagh; Karthik informs me that this tree is called "Colville's Glory" and I can quite see why the word "glory" is used....it was in bloom in September. 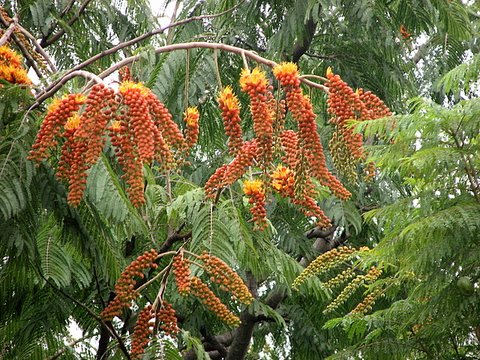 Are there any more defiant amateurs out there like me? There don't seem to be...all I see on LJ and Blogger and Picasa and Flickr are a series of incredible images....!

shivakumar_l has always been very, very helpful with his photography tips, and today I realized that he is back in Bangalore for good; so looking forward to meeting him. He is, of course, going to be appalled afresh at my camera-ignorance, but I have no pride in such matters! He is also a Canon guy...and is one of those people who don't mind drilling stuff into concrete heads...

We will probably go birding in a day or two...
Collapse