I had already posted the pics of the Hawk Moth caterpillar (cognoscenti should call them "cats", you know, but we ignoramuses still refer to the whole name!) when I realized that there were quite a LOT of "non-bird" pics that I wanted to post, and not wanting to burden my poor readers with a perfect avalanche of pictures, decided to do a separate post.

Given my level of knowledge about the insect kingdom, four letters are going to appear very often....they are U, N, I , and D! So let me start with an UN-ID, but exceedingly colourful bug that I found on a plant in one of the ditches which are, to budding naturalists, real treasures! 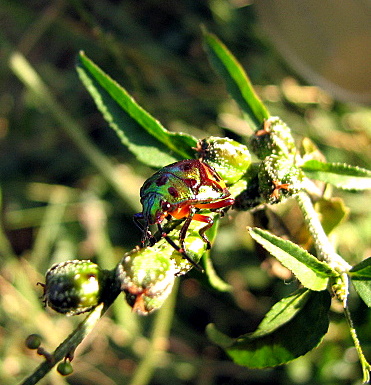 And a GRASSHOPPER (well, it looks pretty and painted to me but Karthik says it is NOT a painted grasshopper!) 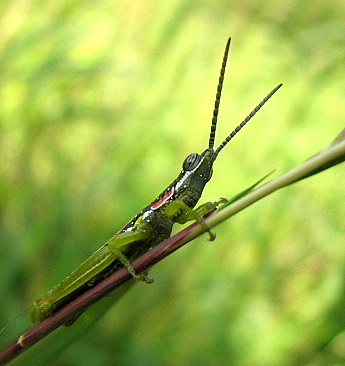 ...after the last post, I invented a word.Remember you saw it here first.

Ignoscenti, n.(pl.) those who are ignorant about something and quite happy to be in that state; (opp, cognoscenti.)

Well, actually, I shouldn't be giving the definition of the word, if I am an ignoscentus...!I should be ignorant of it...
Collapse