Can you imagine, me not posting about an outing for several days...but miracles do occur. But now you have not been spared, so here it is...


I was chatting with

prashanthks and we suddenly decided that we would go to the Valley School area to do some birding. Kuku's bird pics have been getting to be very good lately, with his new camera.

vidya_m_82 was unable to come along as she attends music classes on Saturday mornings ( a blessing, as it turned out later...not that she attends music classes, but that, having a class, she didn't come along...) And whoever I did remember to call was either not willing to get up in the morning, or not free to come. (As always, I remembered several friends later that I *could* have called!) So it was just

anushsh, Kuku, and me...it boded well, however, that one of us had a nice bird-sounding nickname!

6 am stretched into closer-to-6.30 am as two of us had a lovely EMC (Early Morning Coffee; does two of us having it make it EMC square? cackle, cackle) at Park View, the little eatery near my home, and off we went.


I must say, the birds in the Bangalore area also seem to get up rather late. No dawn chorus here....it was about 7.00am by the time we saw a lot of bird activity. Of course let's include the CKPM (Crow Kite Pigeon Mynah) in the list right at the beginning....well, frankly, sometimes the behaviour of even these common birds is fascinating...

The next bird to catch our eye was the PIED BUSHCHAT...this lousy shot is the only one that I have, but this is MY blog, so TTS (Truly Terrible Shots) are perfectly OK. ..why all these birds are always behind leaves and other stuff, when they seem to happily come out into the open and pose for other photographers, is beyond me. 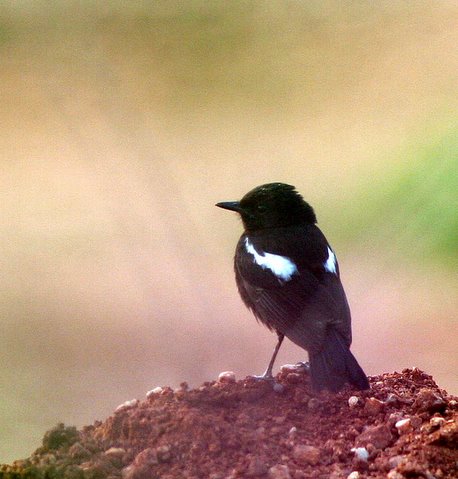 As we walked along, Anush suddenly spotted this ORIENTAL HONEY BUZZARD amidst all the foliage....it's a dark morph: 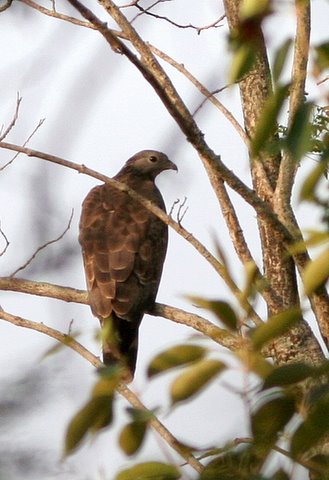 Before I could take a second shot, the bird was off, behind all the trees where we could not see it any more. But it was a great sighting by Anush.


Then I sighted this bird for the first time. A couple of them were skulking around and at first I thought I was seeing the RUFOUS TREEPIE again...but no, it was the BLUE-FACED MALKOHA... 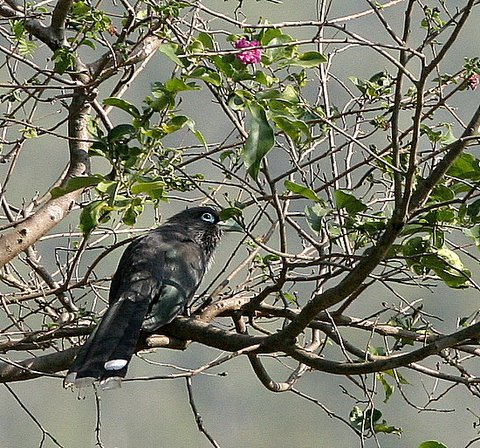 I finally got into my flat,and spent a happy time looking over the photographs of the morning, and here's my last picture of a PLAIN TIGER (Let no one now say that I have not seen a Tiger in south India!) on a LANTANA bush: 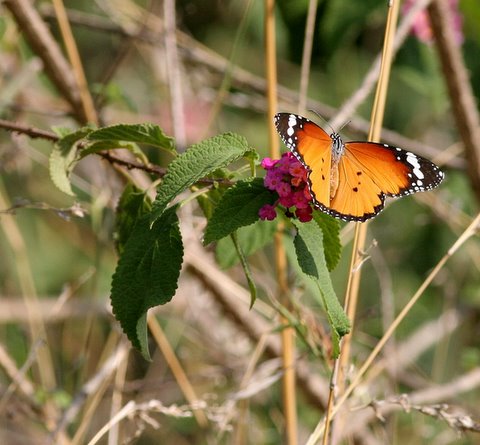 The Valley School area is just amazing for birds, I guess, at any time of the year!
Collapse