The memories locked in each heart
Could bring so many joys..
It could take us back to golden times
When we could be happy, and rejoice.

But if the past that's in my brain
Is likely to cause me pain...
It's not surprising if I lack
The ability to often look back.

I'll not turn and look at the past
When each present day is better than the last.
My heart for peaceful serenity strives:
Not to remember pain in my, and others', lives.

The Bellary contingent is doing a lot for the preservation and running of the Daroji Sloth Bear Sanctuary, and various other animals and birds in the area. Here is the plus and minus of their efforts over a decade, described in Santosh's words:

"10 years back, I, Samad and Anand started our search for the 3 critically endangered species, The Great Indian Bustards, Long Billed Vultures and the Jerdon's Coursers. Of the three, we were successful in rediscovering, documenting and moni
toring two of them, The Great Indian Bustard and The Long Billed Vultures and Search for Jerdon's Courser is still on. Bellary district's landscape is similar to Lanka malleswara wildlife sanctuary near Cuddapah in Andhra Pradesh. We started this project as Karthik always felt that there was possibility of finding these birds here in Bellary. Ever since we have not given up and are hopeful that one day we would find them. Mr Bharat Bhushan of BNHS rediscovered the Jerdon’s Courser in Cuddapah district of Andhra Pradesh in 1986, almost 100 years after it was presumed to be extinct. Chavan from BNHS team who is currently working on the conservation of these birds, told me that there have been no sightings since August, 2010. This is bad news indeed."

here are the Three Bears:

But we couldn't find Goldilocks!

Will see you lot on Wednesday...be good, but not TOO good! Meanwhile, let me share another favourite pic that I took in Masinagudi, the day after my famous "stag paati" event: 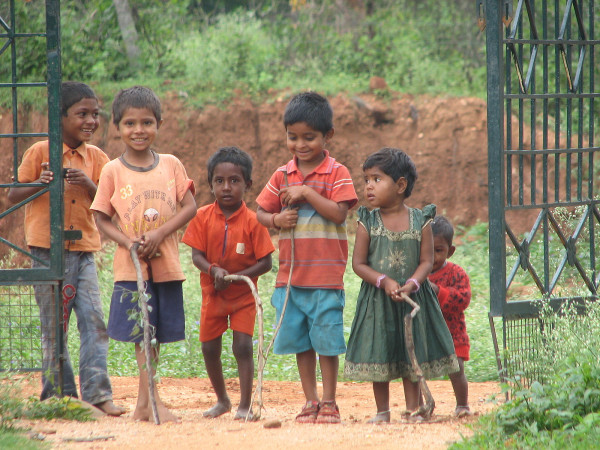 is my first article for them. Hope it's the first of many!
Collapse