I was away in the foothills of the Himalaya, very far away (the journey from Bangalore to Guwahati alone was 2992 km, and passed through 8 states...Karnataka, Andhra Pradesh, Tamil Nadu, Odisha, Bihar, Jharkhand, West Bengal and Assam!) and came back with such a variety of experiences.

Just wanted to mention, in today's world of plastic bags and cups, the biodegradable containers that are still being used in many places, that I saw on the train.

One is what is called, in Bengali, "bhAnd" (or matkA in Hindi)...the earthen cup that can be thrown on the tracks, or out of the window, or anywhere, because the mud will disintegrate again: 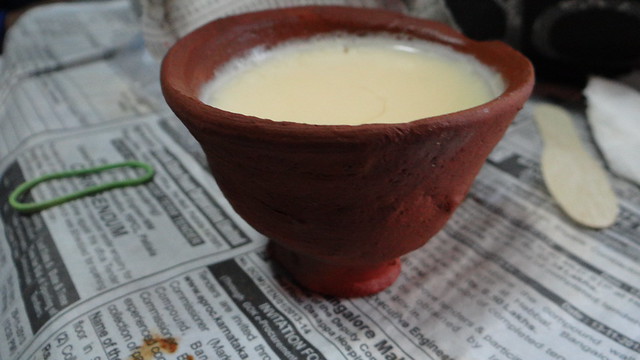 This one contained "mishti doi" (sweet yogurt), one of the specialities of Bengal.

It was covered by a bit of newspaper and a rubber band: 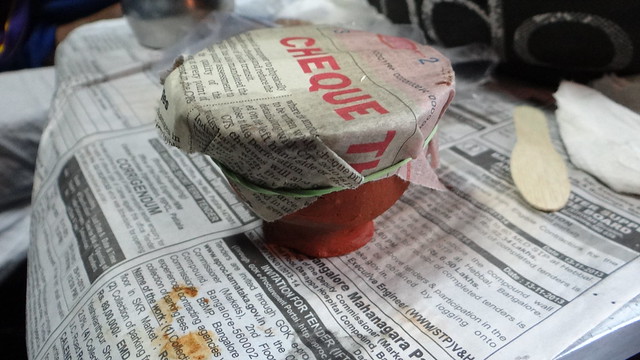 This was, after ages, a typical "bhAndEr chA" (tea-in-a-mud-pot)...it has a taste all its own: 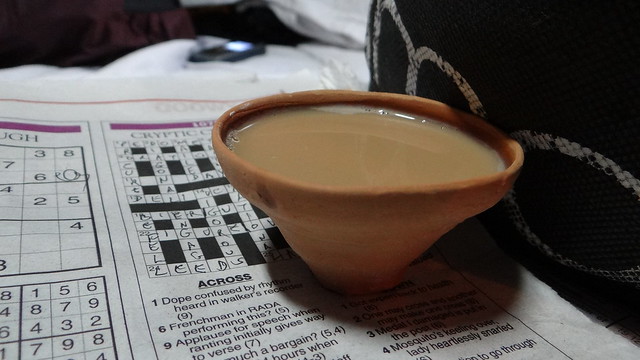 As you can see, it goes well with the cryptic crossword (that's from The Telegraph).

When the "JhAlmoodiwAlA" came by, I asked for some, 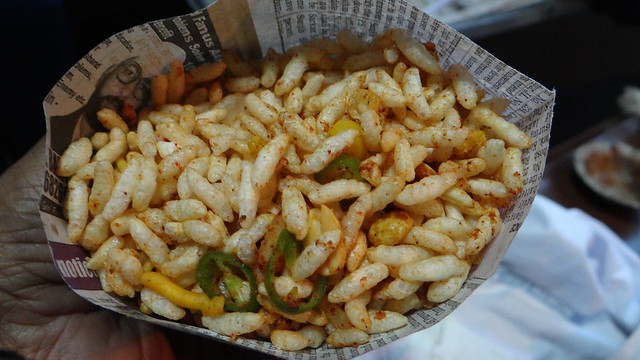 I got it in this "tongA", which is Bengali for this kind of paper container: 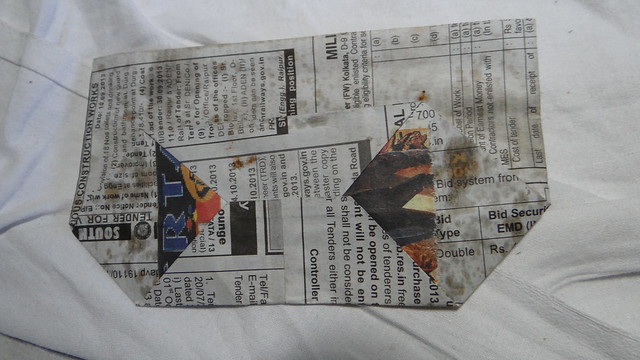 It's better than an ordinary folded paper bag, as when it opens out, it has some width, and sits well on a countertop: 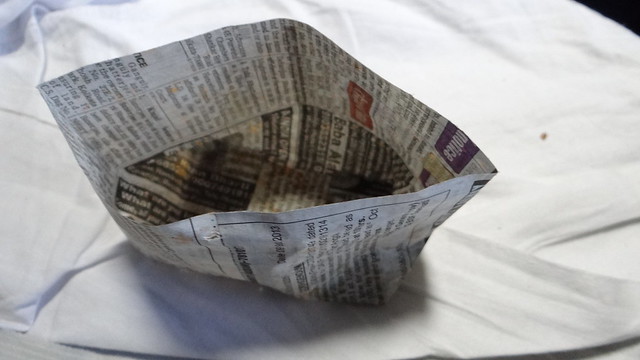 The third container I liked very much was the "dOnA" (called donnai in Tamizh, and dOnA in Kannada, too), which is made of a certain type of leaf;they are stitched together, very expertly, and shaped into bowl-shapes: 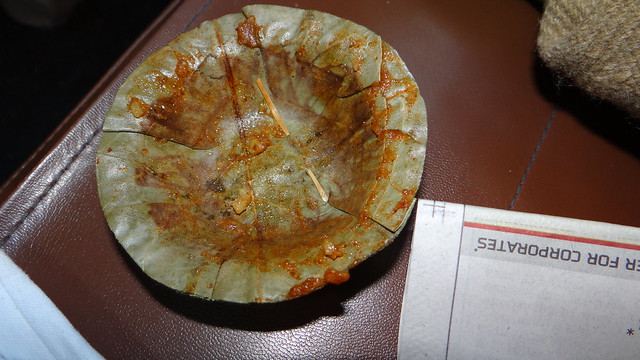 Can you see the way the stick has been expertly used to "stitch" the leaves in place?

How I wish these traditional, "eco-friendly" (to use a hackneyed term) and full-of-character containers continue to be used, and are NOT replaced by Ghastly Plastic....

Here are two videos of a

bathing, and disporting itself, in the Kameng (which becomes the Jia Bharolli river in Assam) River:

foraging along the far bank of the Kameng River:


And we got the beautiful

in the trees along the riverbank, too.

(the video will give an idea of the distance the bird was at!)


This was one trip where I did not miss my DSLR and the 300mm lens at all...in fact, electricity (even with the help of a generator) was in such scarce supply that I was thankful that I didn't have to lug a heavy camera over hill and dale and then hunt for a power source to charge it with, overnight!

So, in the days to come, you'll just see my usual SMS (Shamelessly Mediocre Shots) of people, scenery,butterflies, plants, wildflowers, insects, and so on....whatever caught my eye and fancy, not just the birds!
Collapse