Well, yesterday evening I was leaving for Ranga Shankara to watch a play (excellent, but more about that later) and the 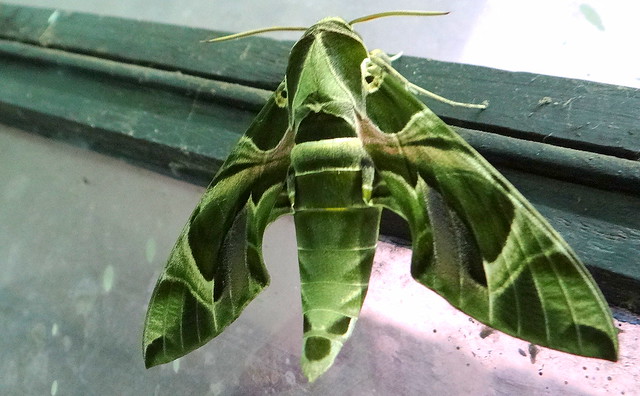 was sitting on the glass panes in the stairway...so I had to rush back to get my camera, and click.

The wiki entry about these moths is very interesting.

"The adults feed on nectar of a great variety of flowers. They have a preference for fragrant species like petunia, jasmine and honeysuckle. They are especially active in the twilight time, hovering over the flowers after sunset."

That's not very different from many others like them...but then, I find, the cat are Nanjundas!

Nanjunda is the description of Shiva when he consumed the poison, AlAhala, that was brought up when the ksheera sAgarA, or the Ocean of Milk, was being churned by the dEvAs and asurAs, to bring forth amritA or the nectar of immortality. The potency of the poison was intense, and Shiva saved everyone by swallowing the toxic substance. However, his wife Parvati (pArvathi) saved him by holding her hands tightly around His neck, so that the poison did not go further down...and so Shiva is often depicted as Neelkanth, or One with the Blue Throat.

So....why are these caterpillars like Shiva? The wiki says:

"The caterpillars feed mainly on oleander (Nerium oleander) leaves, a highly toxic plant to the toxicity of which they are immune."

How amazing to have creatures which can ingest highly toxic substances! Nature never fails to amaze.

I took another pic with the flash: 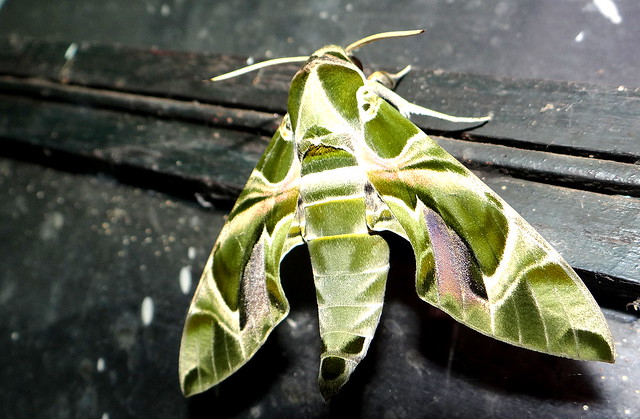 Here's the caterpillar, in the instar just before pupation: 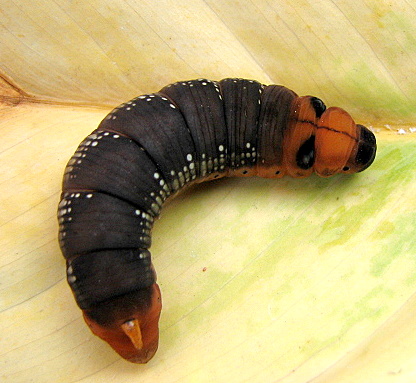 I call it the Morse Code Cat, because it seems to have Morse Code all down its sides!
Collapse