I am an Unashamed Worshipper at my grandchildren's feet. Here's KTB's rendition of a sunflower: 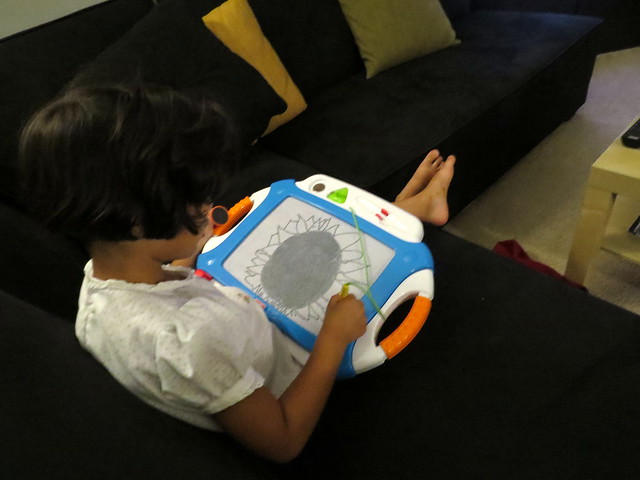 And her "mehendi" drawing: 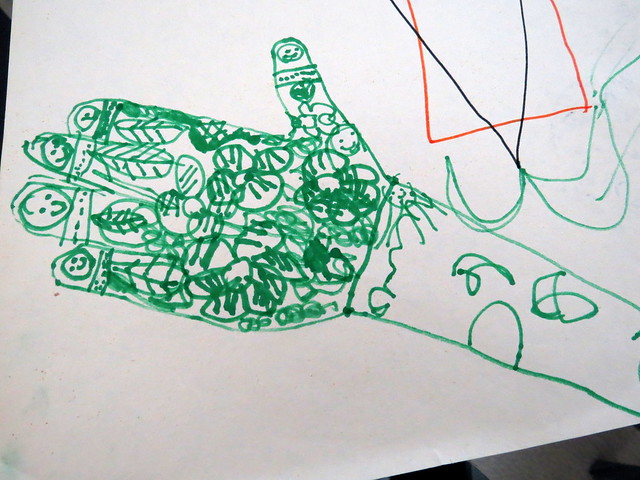 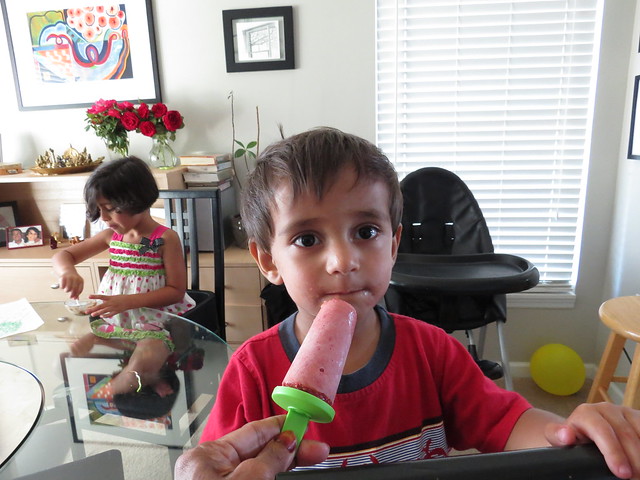 She thinks in the box: 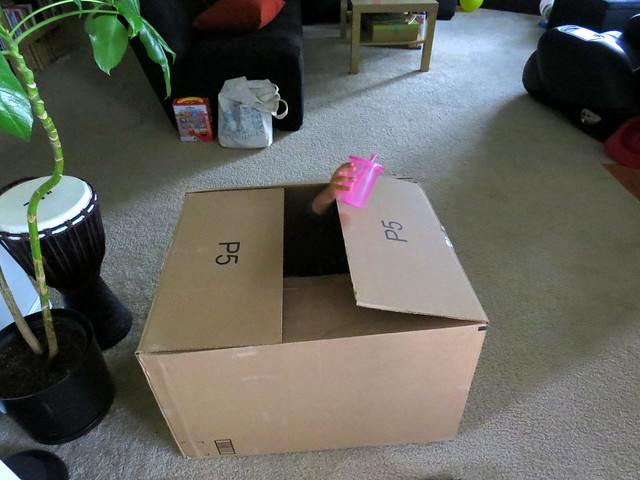 And drinks in the box: 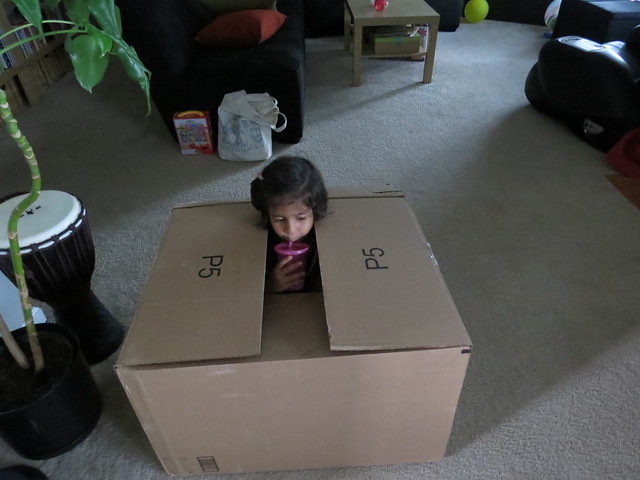 Meanwhile, the Booda is part of the Three Bears: 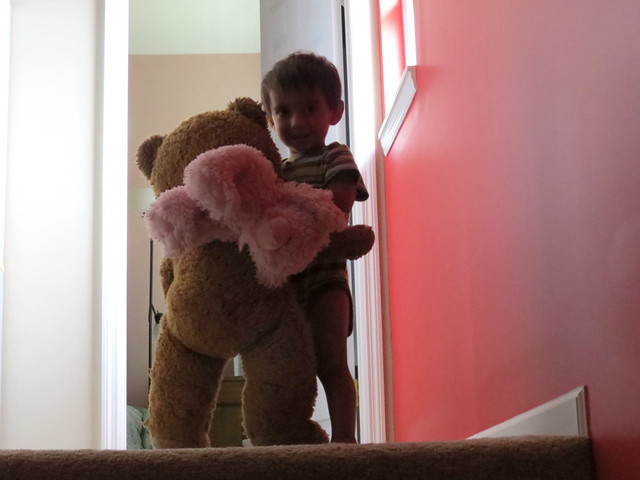 My winter hat was taken to dress them up and I just retrieved it from the trio. 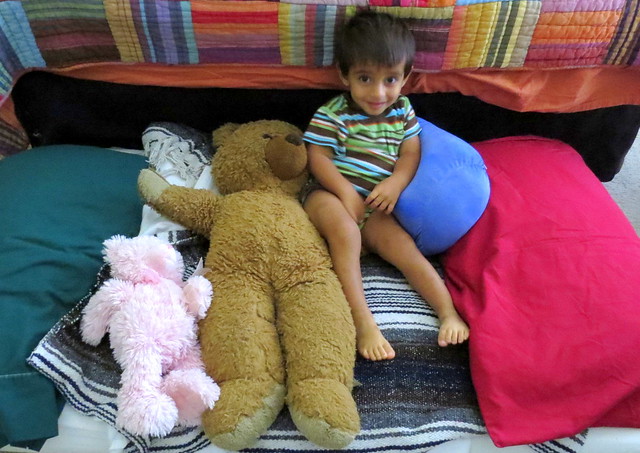 (It was hidden under the green pillow!)

After I caught sight of the Osprey fishing in the Grand Basin in Forest Park, my friend Danny Brown pinged me, and we arranged to go to Forest Park again on Sunday to try our luck.

As he went to park the car near the Visitors Center, I caught sight of this 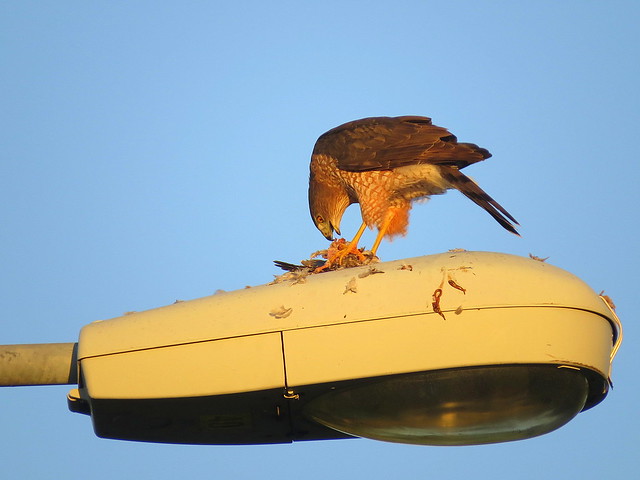 An unfortunate bird had become prey to the talons and beak of this raptor, and was being polished off on top of a light fixture! 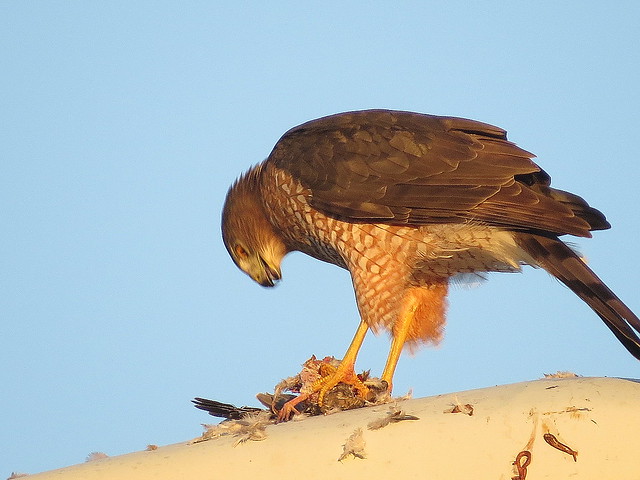 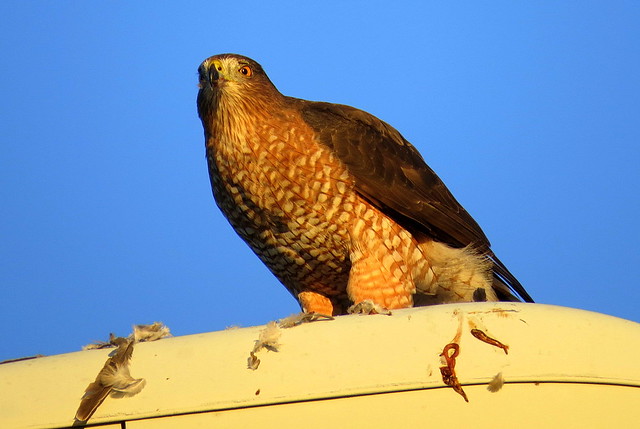 Surprisingly, the word Krishna means dark/ black color. However this had not affected his immense popularity.

One point occurs to me, visiting St.Louis at a time when division based on the colour of one's skin is more pronounced than ever, in this deeply segregated city.

​I personally find the "dark/black colour" of Krishna has been sanitized in Indian folklore (like Rama's skin colour, too!) to a purple-blue, from the actual dark grey that "megha varNam" is...the rain-bearing monsoon clouds certainly don't have a hue other than that!

I have heard so many Indian people claim, with righteous pride, "We venerate dark gods." It is precisely these people, for whom the colour of even a god seems important, who seem more intolerant of darkness of skin in humans.

I think it is the other qualities of Krishna...his romantic allure, his people skills, and indeed, his crafty statesmanship...that account for his popularity.That, and his association with music, and the allied "lalit kala" (fine arts.)

I can never help being impressed by the subtlety by which he ensured that the Pandavas' representative, Arjuna, got the first choice of his guidance in the war. (He asked one Pandava and one Kaurava to come and sit next to him, and ask their boons when he awoke. Arjuna devotedly sat at his feet as he slept, and Duryodhana proudly sat at his head. This ensured that on waking, Krishna saw Arjuna first, and gave him the first choice. Arjuna chose Krishna, and the Kauravas got Krishna's armies. It does intrigue me that Krishna, knowing in advance the outcome of the war, so easily sacrificed his loyal soldiers on the battlefield.)

In Anjana's high school Hindi text book (probably Class 5 or 6, in the early nineties) there was a prose passage which dealt with Krishna, not as a god, but as an excellent statesman and leader of the various tribes which made up the kingdoms around Mathura.

I thought that Rahi Masoom Reza's characterization of Krishna in the famous TV serial as a mischieviousm impish person, not above the occasional deviousness and political stratagem, is very human, and sticks close to the persona that most of our literature and music talk about.

God or man? The choice is ours to make, based on our faith, or lack of it.
Collapse