We pay a lot of homage
To success.
I've been watching a music video.
I see the packed halls;
I see the roaring cheers.
It makes me think about the road to this place, Success...
The gigs in small towns, the half-empty places,
The wondering if, after all,
One has the staying power
That, allied (or not) to talent
Could reach that elusive goal....Success.
The road that leads to Success
Can often curve, imperceptibly,
Into the blind alleys of Failure, too.
Success and Failure are like the two faces
Of Janus; one looking forward into the light,
The other, fading into the dimness, the darkness,
Of oblivion, sinking away into the numbers
That are described, in racing parlance,
As "also-rans".
The efforts that lead to Failure
Are no less than those that fetch up at Success.
I feel for those who end up at the wrong destination....

The music video that brought this on:

Fall is a time when red seems to appear everywhere, amongst the green. 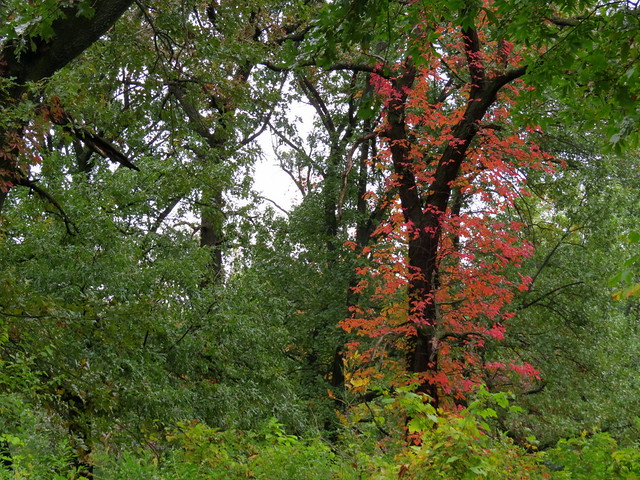 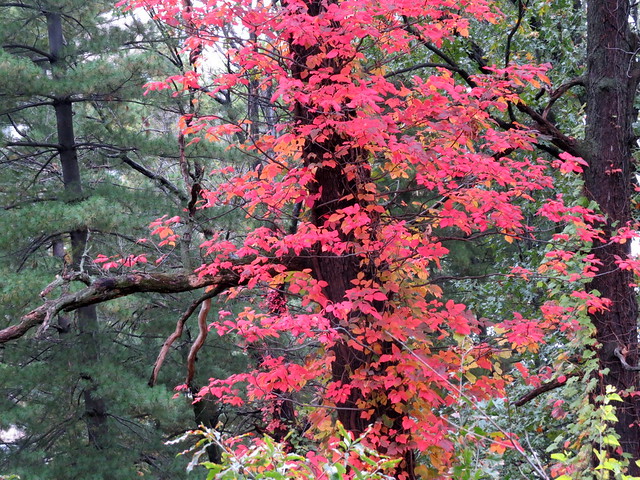 The brown tree-trunks are studded with gems: 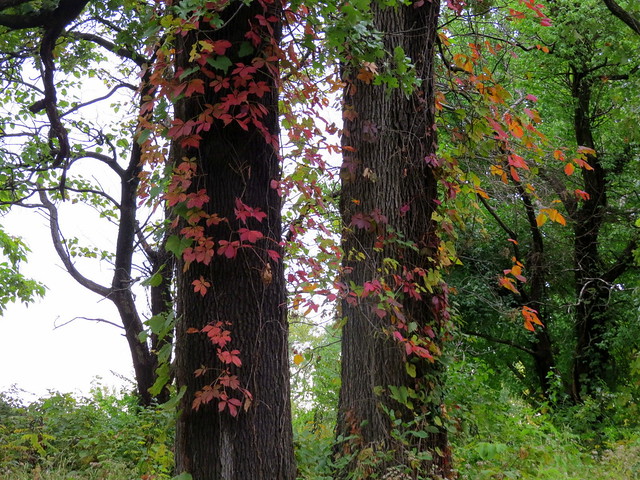 It seems as if the fires are warming the trees one last time, before the cold, and the monochromes of winter, set in. 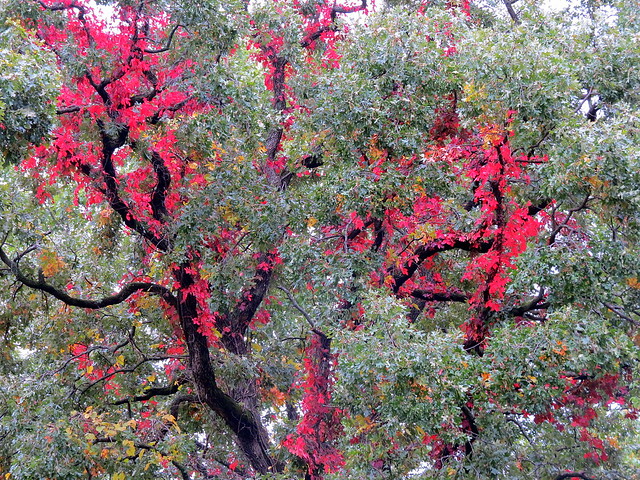 Truly, the fires of fall could be called the flames of the forest.
Collapse