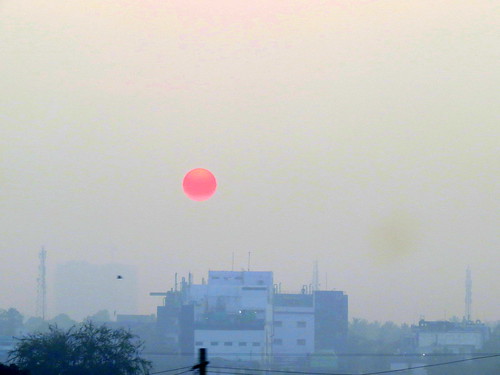 I had been toying with the idea of making Hoskote kere the venue for the 4th Sunday outing, when the email from Swaroop and his team arrived, announcing the bird count there. That made the decision easy, and several of us gathered at 6.30am at the Gangamma temple on the bund of the lake. 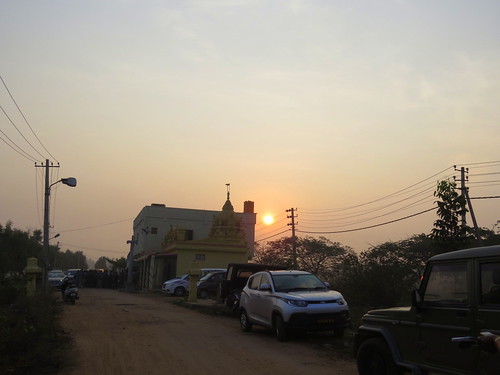 We had a good mix of experts and newbies, children and adults, binoculars and bazookas :D 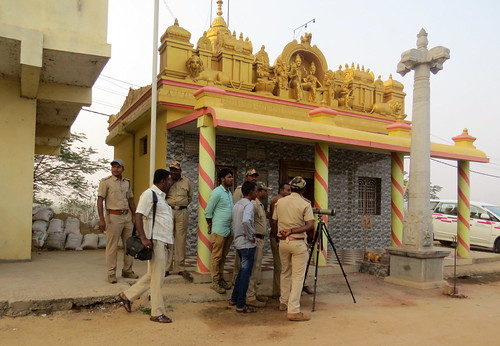 Swaroop and his team 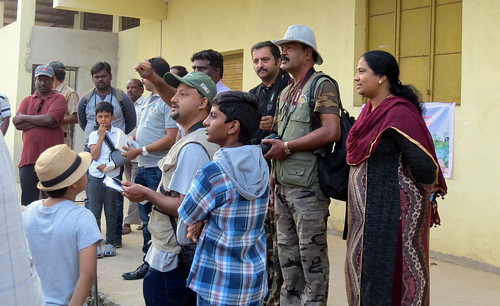 sent us in several directions, to see what we could see, and document what we saw. The paths were as as follows:

I was happy to take the children from Om Shri School along, as part of the initiative to involve schools.I found the children very interested; they patiently learnt how to use my binoculars, used the scope often, and asked a lot of questions too. I was able to show them almost all the birds that we sighted, and the bird scope was used well!

I started off with group, looking at the woodland birds in the plant clutter on both sides of the road. As the mist slowly lifted, we walked down the path with the lake waters along both sides. I have never before been able to walk past the "isthmus" that juts out into the water; in fact, a couple of months ago, the lake was so brimful of water that birders could not go down at all, and had to be content with birding from the bund along the Gangamma temple.

Robins, sunbirds, prinias and others were pointed out but then we got a few Baillon's Crakes 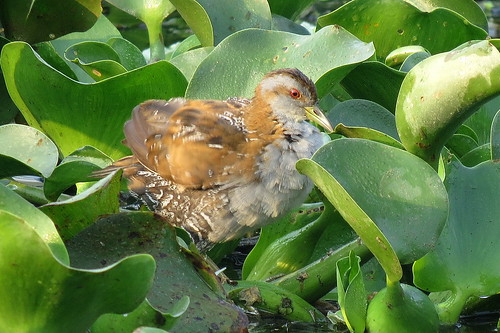 in the water hyacinth at water level, and most of us got busy clicking these usually skulky and shy birds, which will soon begin their migration. 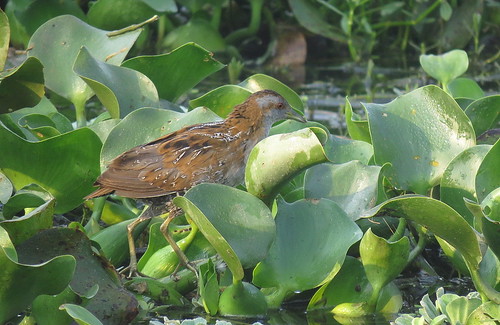 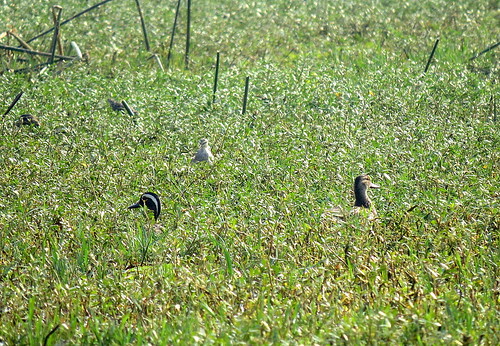 But our "regulars"....the Spot-billed Pelicans, Little Grebes, Coots, and Herons (like this Grey Heron) 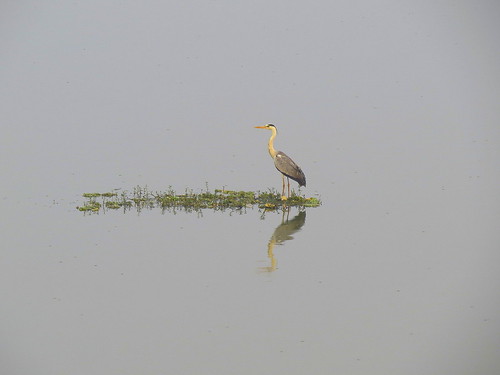 kept us all occupied as we watched them. There were Black and Brahminy Kites in the air, joined by a lone Marsh Harrier, another winter visitor which was looking for prey. Rosy Pastors 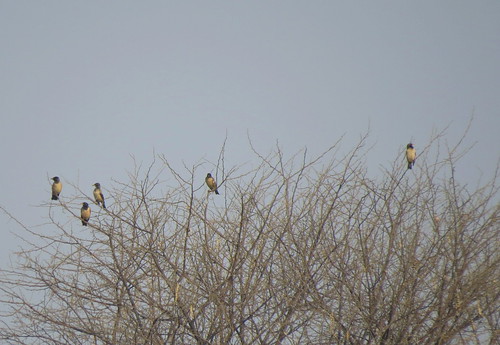 flew over the water and settled in the dry trees. We saw Barn Swallows, 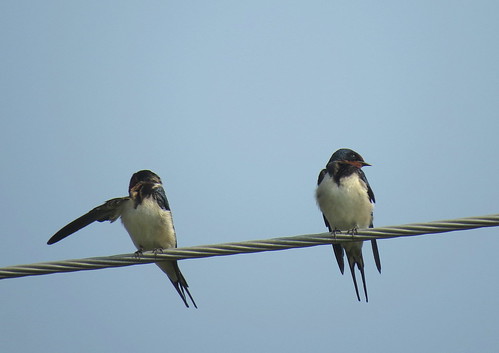 It was nice to see both kinds of Jacanas, Pheasant-tailed 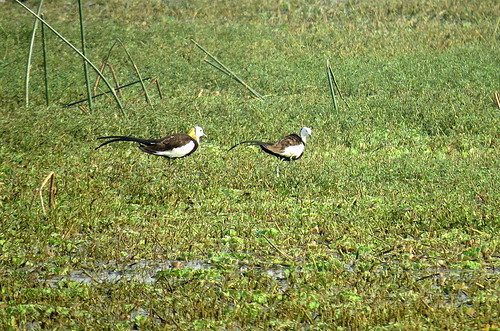 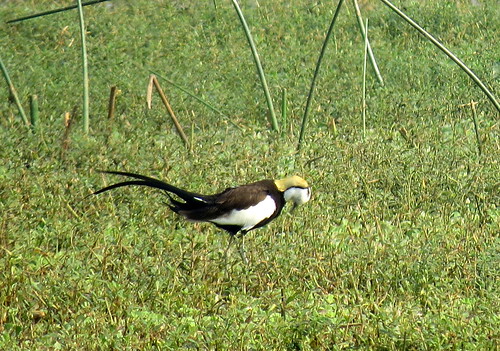 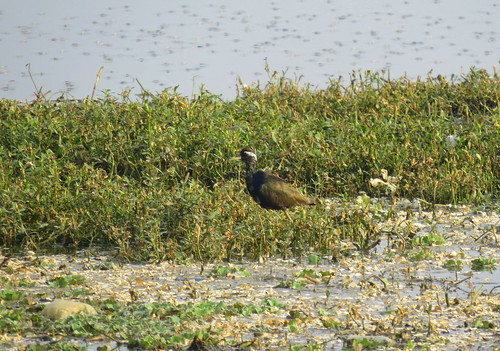 in the lake; similarly, Yellow, Grey and White-browed Wagtails flew around. One "dip" was the Pied Kingfisher, but we spotted the Small Blue and the White-throated Kingfishers. 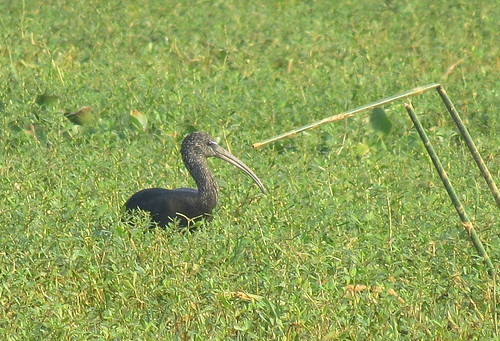 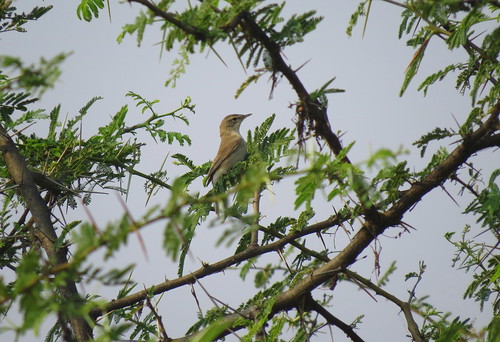 Schoolchildren, along with the teacher, using the scope and binoculars 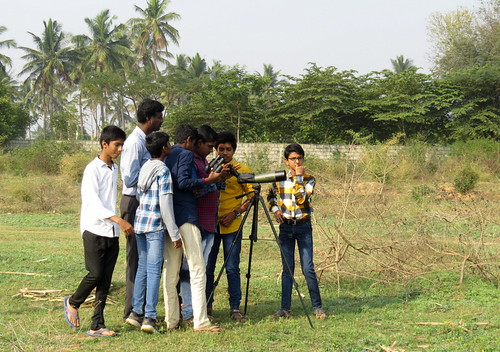 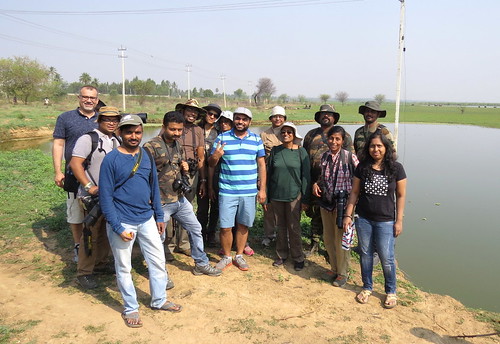 The children of Om Shri School 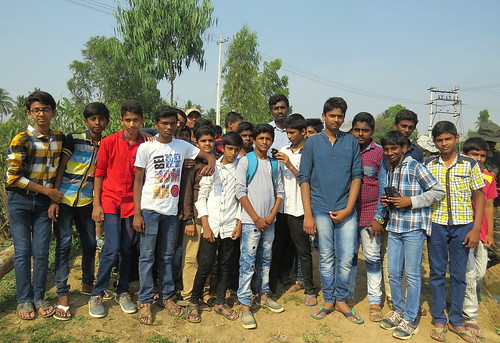 Sandpipers, too, made their appearance, flying around with their typical calls. We noted Egrets, both Intermediate and Small. Spot-billed Ducks and Garganeys flew over the water and settled down, and were quite easy to show to the children. In fact, I was wondering if the children, or the schoolmaster who accompanied them, could take so many names thrown at them at the same time! I know I would have found it difficult to remember. But their interest did not flag, and after a certain point, it was I who had to call them back to return. It is very satisfying to be able to show people a whole lot of birds on their first outing! 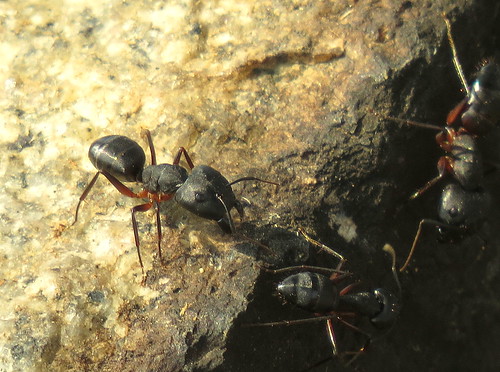 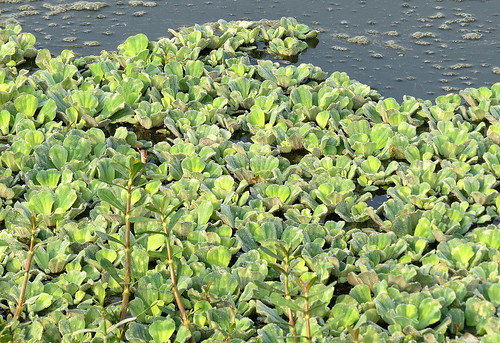 Line-up of many of my group: 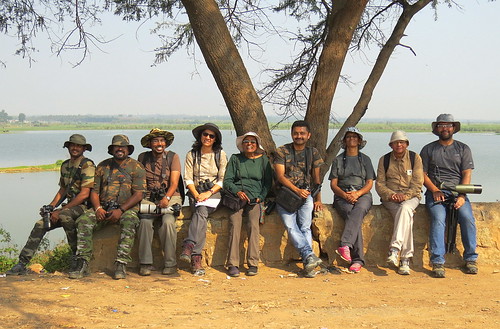 Valli and Janhvi helped me with the app and physical paper entries, and we had to catch up with the bird names every now and then, as each of us spotted different birds! It was nice to have a problem of plenty.

Fish caught at the lake is sold on the bund every morning. 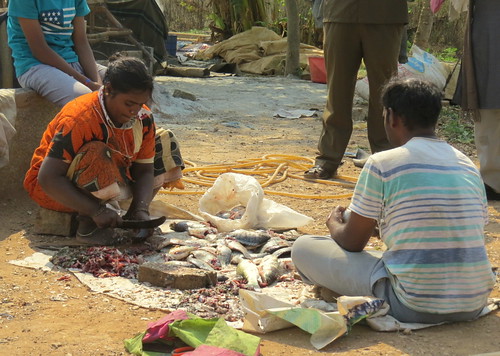 Children on the lake reaches 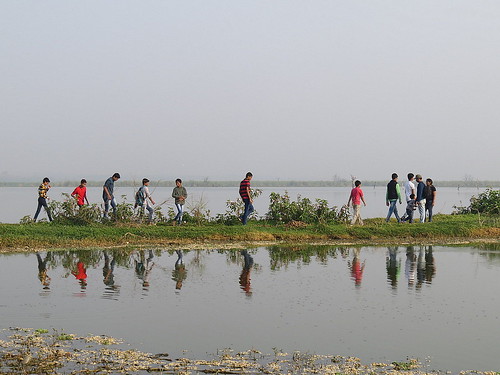 An array of snacks, including Manoj's mom-made alu parathas, kept us going. 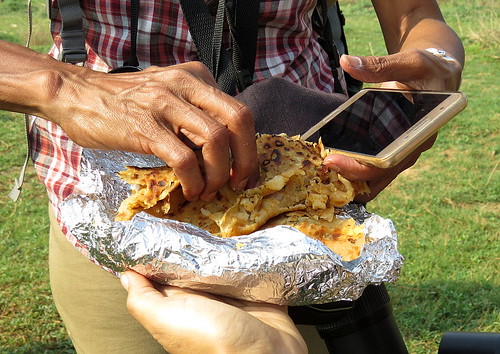 Return we did, to a hearty breakfast provided by the Karnataka Forest Department (KFD). 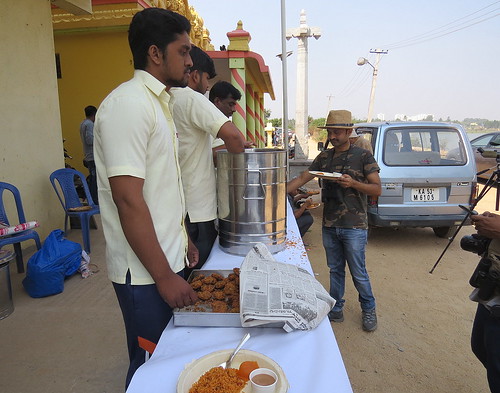 Some of the teams whose transects were further afield did not return for a while, but all of us were very satisfied birders that morning! It sometimes happens that some paths have less birds ( on a census/bird count, it's our duty just to record what see, whether the numbers are lower or higher) but it's a great feeling when everyone returns with a satisfactory count of species. One group sighted the Eurasian Wryneck, which is a new bird-sighting for this lake.

Thanks to Valli, I met Arun and his friend, from the Andamans, and they gave us insights into the birding scene where they come from.

Our grateful thanks to Swaroop and team who provided us a great opportunity to see the variety of birds that Hoskote kere has to offer. Swaroop, Praveen and Nagabhushana say that 126 species were sighted during the morning, by over 120 volunteers! A big thank you for providing this opportunity for the 4th Sunday outing. 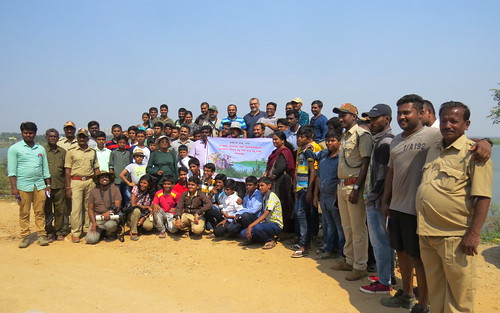 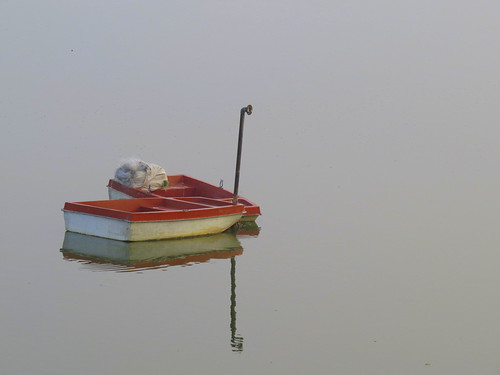 For the next few months, we will concentrate more on the resident birds in and around our city, and bid goodbye to our winter visitors.

The eBird checklist for my group is

Swaroop will provide the links to the other checklists.

I have put up my photographs (not by a DSLR camera, and not only birds...there is even a photo of some beautiful ants!) on my FB album,