Warning, contains images that may be disturbing.

The Bangalore skyline from Turahalli 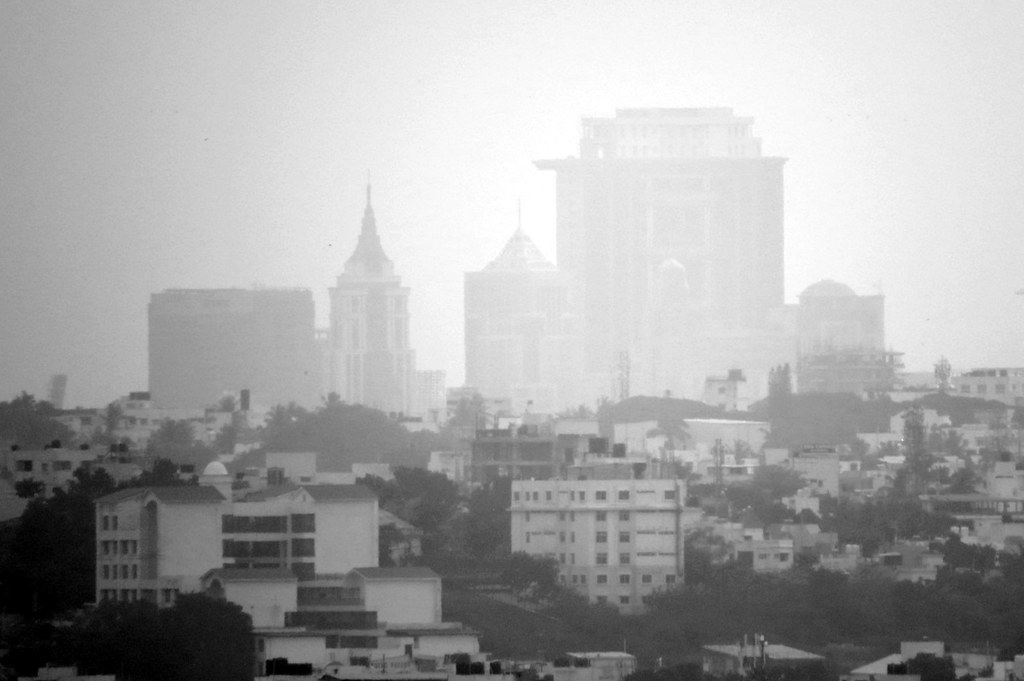 Today was the fourth time in a few days that I went to Turahalli. After Vijetha Sanjay discovered the patch of the carnivorous plant, Drosera burmannii (Sundew plant), I have taken friends to see the plant; they have all been surprised by how tiny it is! 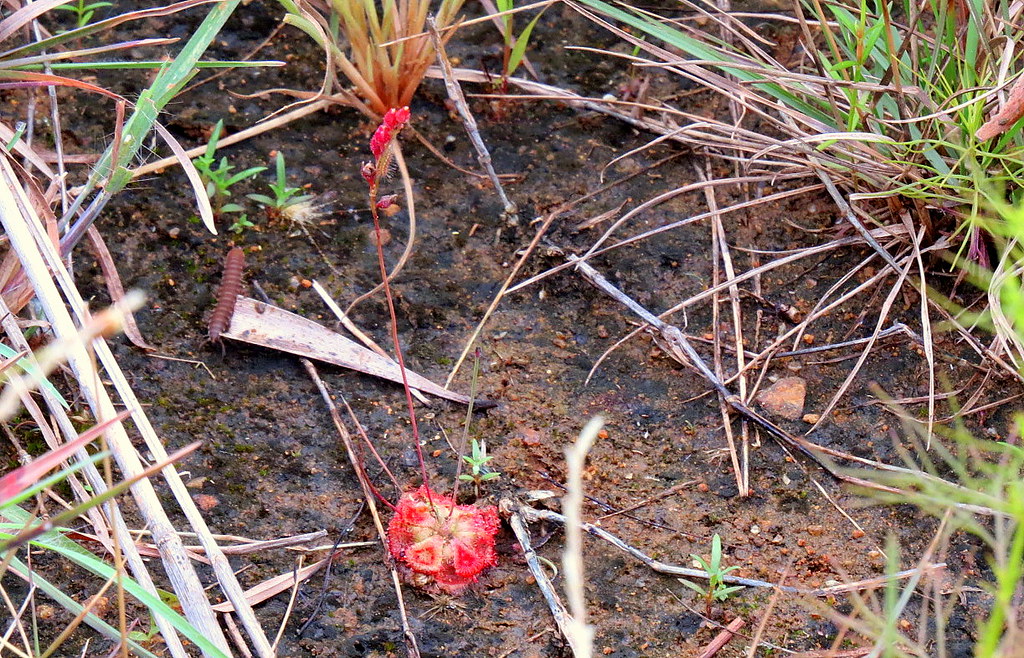 Today was the first weekday that I have been to Turahalli in a while. As we climbed the path to the Muniswara temple, we heard the temple bells being rung and some chanting too. What, however, the three of us were unprepared for, was to have four chickens beheaded and their bodies thrown in front of us, twitching as they bled to death.

The family offering the worship included young children; they were obviously inured to this, and everyone seemed quite matter-of-fact about it. 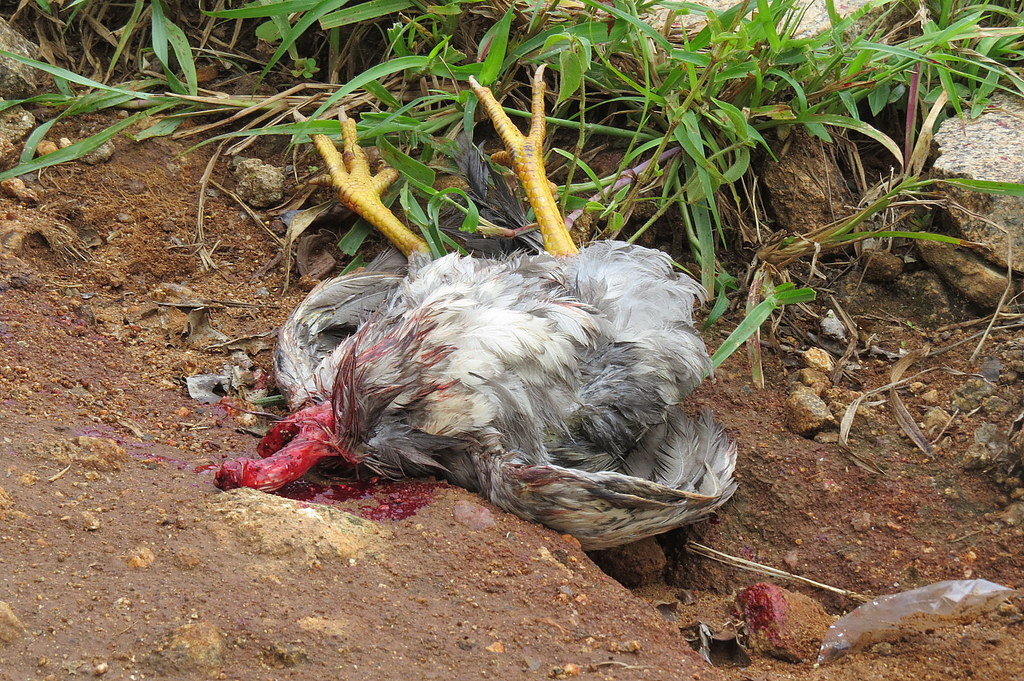 Sacrifice is a part of many rituals of worship, and I cannot presume to judge such customs. But being completely unused to it, it was very unsettling indeed. Even more upsetting was seeing the head of one of the birds lying amongst the flowers offered for worship. 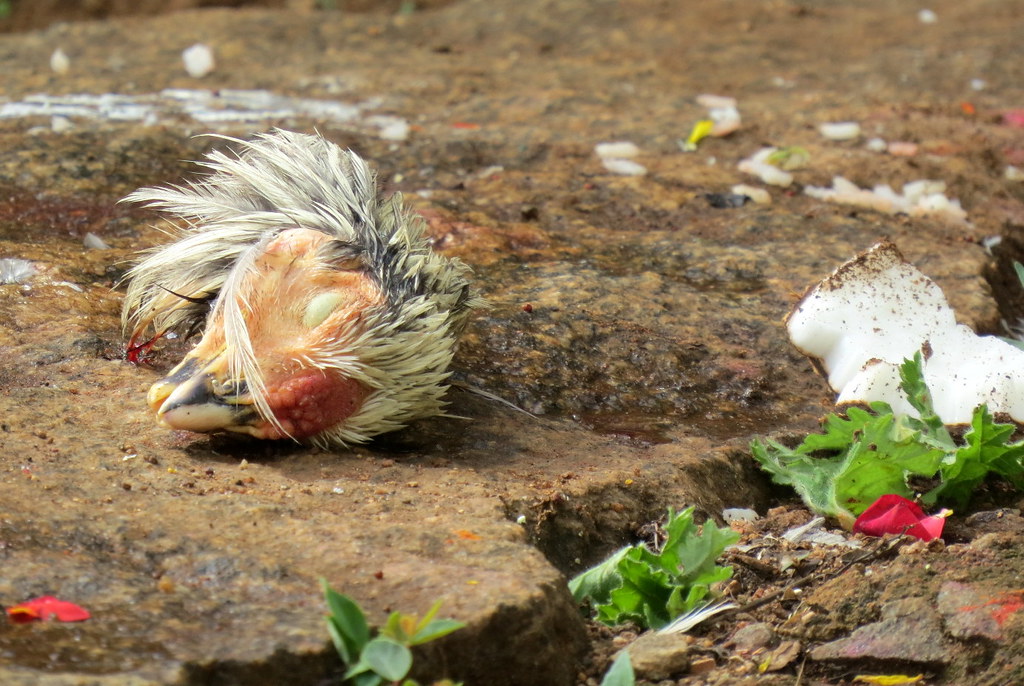 So if anyone is not used to watching such customs, please do not go up to the temple on a Tuesday, as it seems to be the day for such sacrifices. I have never, in all my years of visiting Turahalli, seen this before.

However, the rest of our outing was very pleasant indeed. The patch of the carnivorous plants was rewarding, as was the brightly-coloured male Red Avadavat which seems to sit regularly on some dried trees near the top of the hillock. 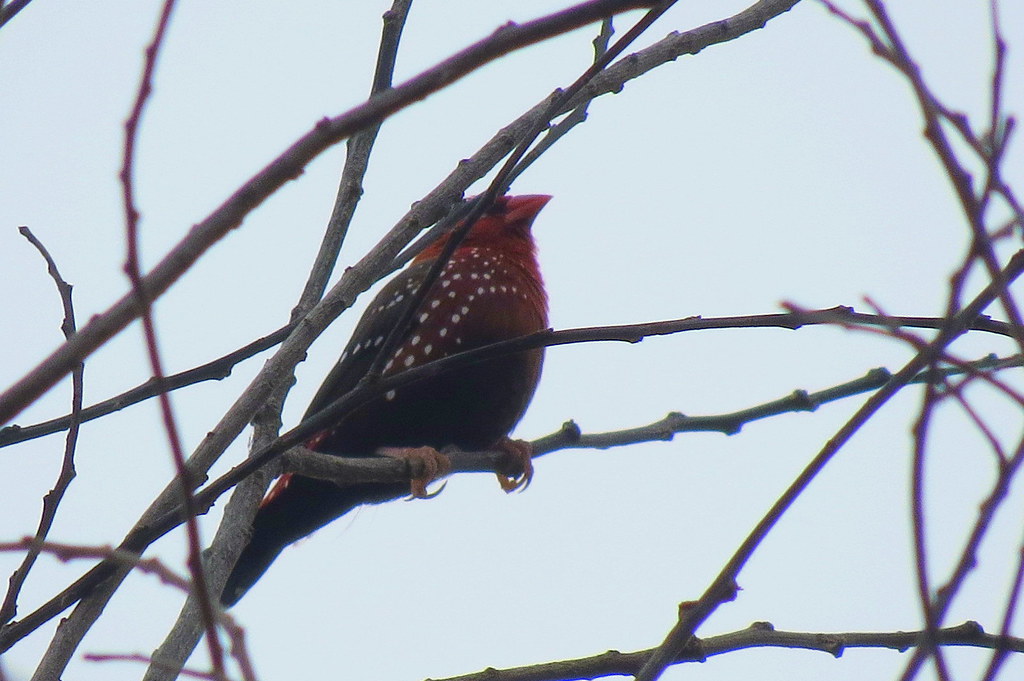 Several kind of insects,spiders and flies showed us their beauty. Four Southern Birdwings flashed their bright yellow and black as they flew overhead near the Eucalyptus trees. A Pale Grass Blue opened up the blue as it repeatedly sat on the freshly-fallen petals of the Cassia senna. 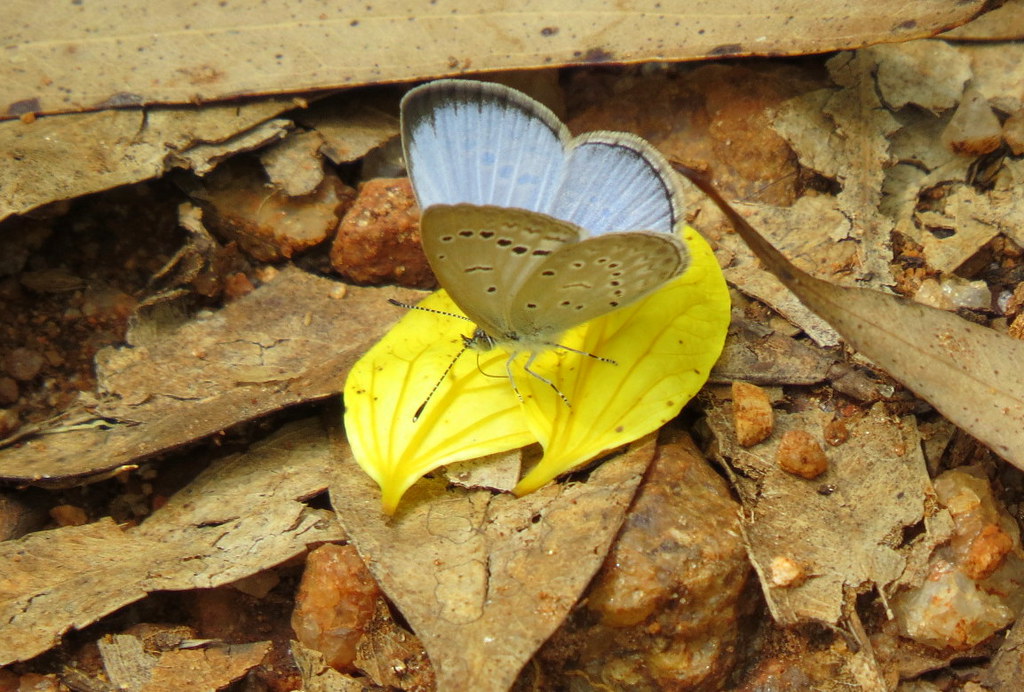 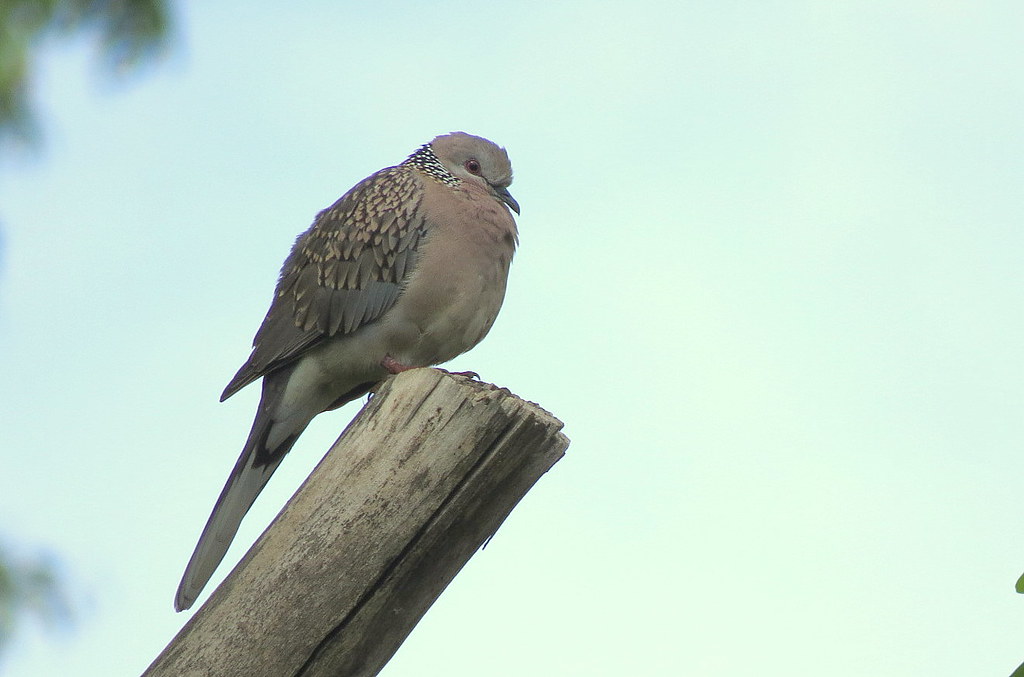 A dog near us charged at a young peacock, which flew up into the Eucalypus and afforded us a shot. 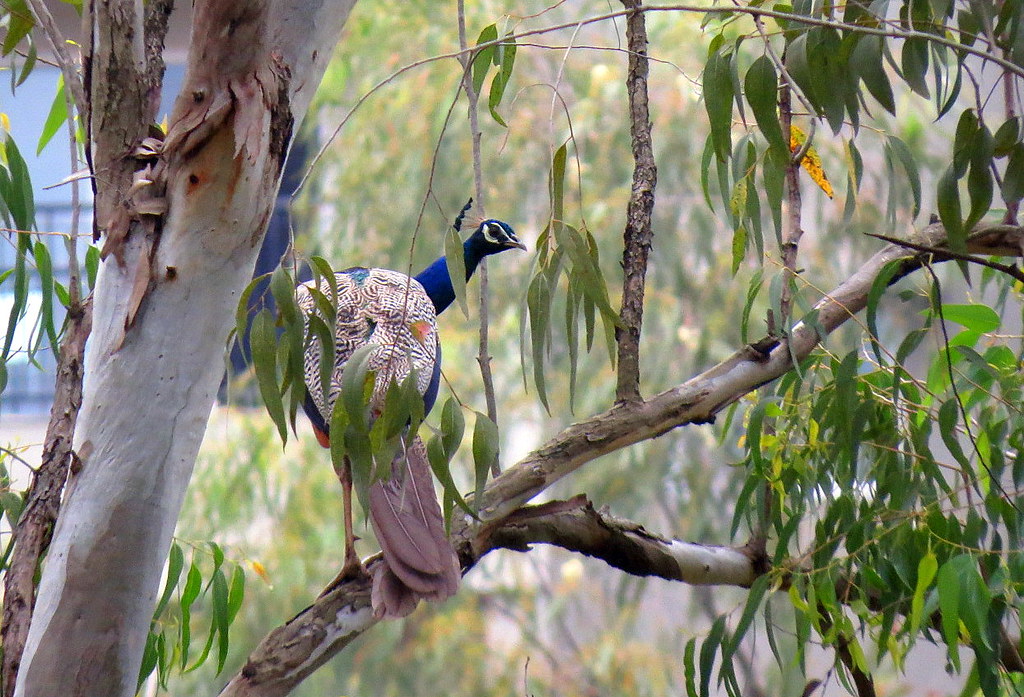 A young family who'd brought a professional photographer (and a plastic sign saying "BABY GIRL") to capture their daughter's infant moments, kept yelling at her to look at the camera. ("IL NODU, PUTTA!") Patient for a while, she finally started her own bit of yelling when she was made to put on a pair of blue plastic butterfly wings and a blue antenna headband! 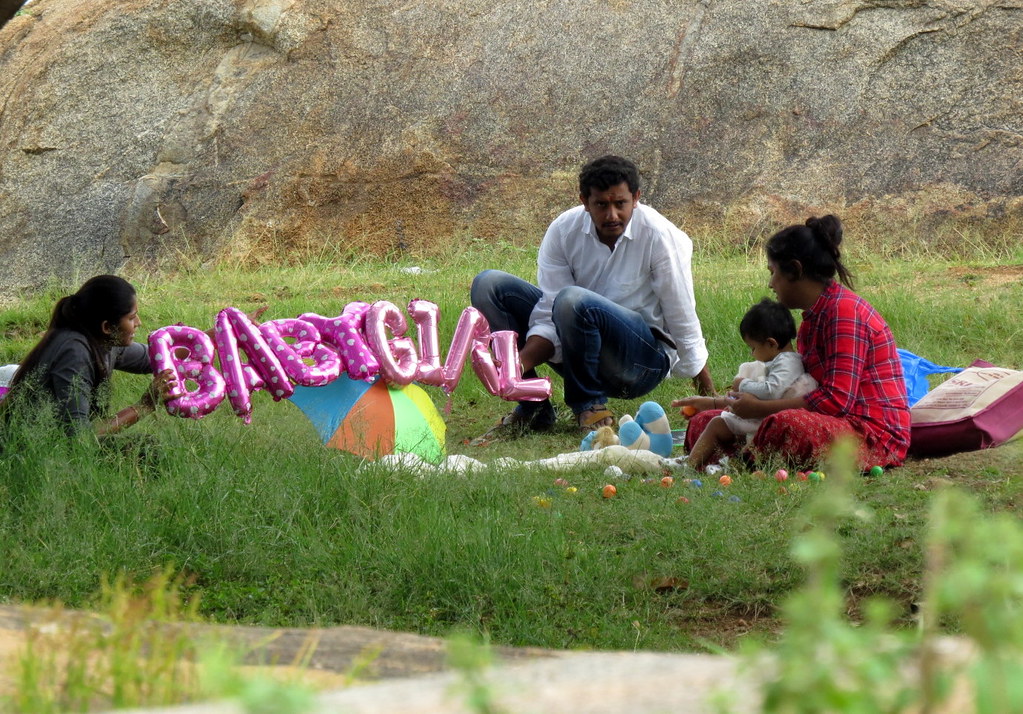 Such lilttle vignettes kept us quite happy as we slowly wended our way back, and went home after a nice hot coffee at SLV Coffee, where the ever-smiling Triveni was working as hard as usual. 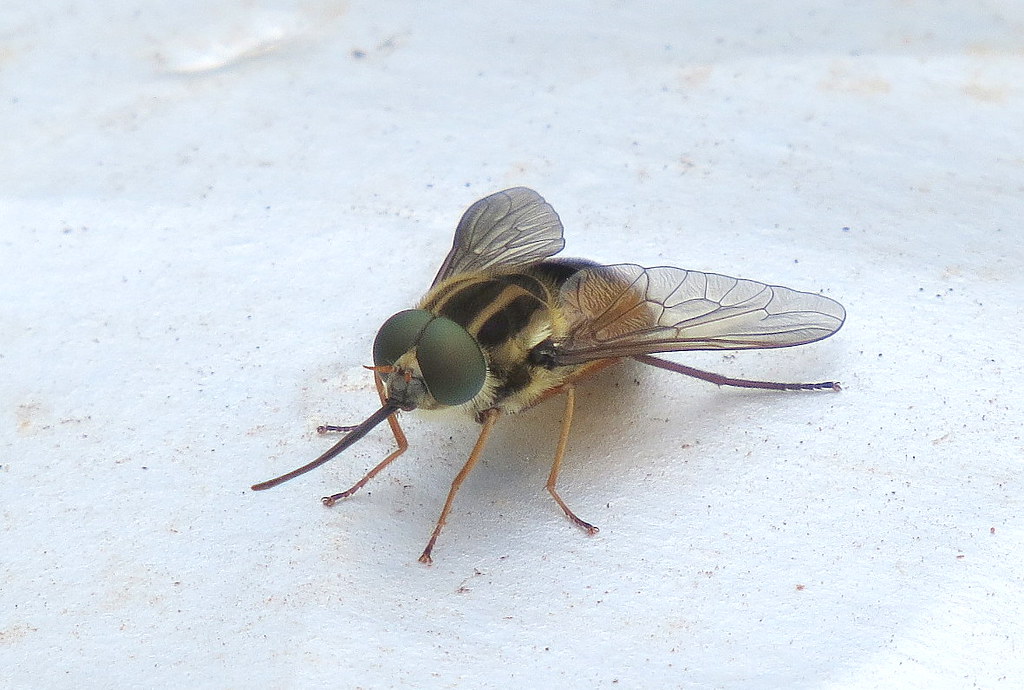 Blister Beetle with pollen from the Stachytarpeta flowers: 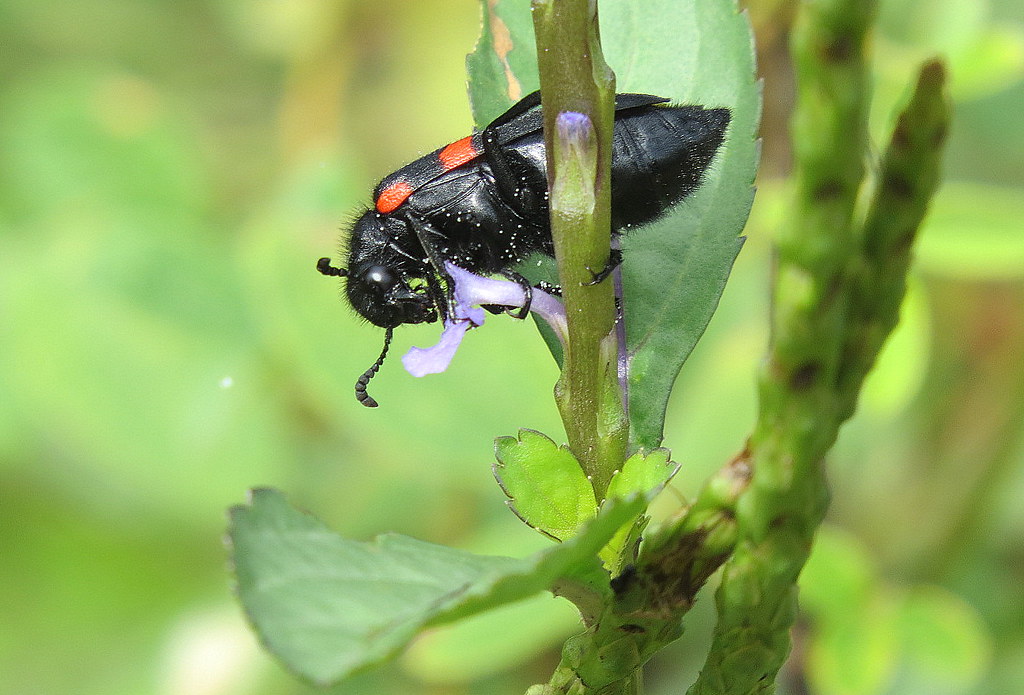 I have put up the photos from the outing

And have made a short video of the wonderful "pot" entrance that the ants were making to their nest:

Also rather struck by the exponential growth in the human habitation in the less-than-ten-years I have been visiting Turahalli, I made a quick video of the skyline: