is celebrated in Hindu households in different ways.

My daughter seemed to have forgotten that we generally do the puja at "gO dhooli lagnam" (the "hour of cowdust", when cowherds drive the cattle home, raising dust in the village lanes), and thought we had to do it at midnight! I had to conduct a nature walk and had to go home (I leave by 5.30am), so there was a bit of a mismatch on the timings, but it worked out.

While we were waiting for A to come home, K1 made a very beautiful Krishna from play-doh. Here she is: 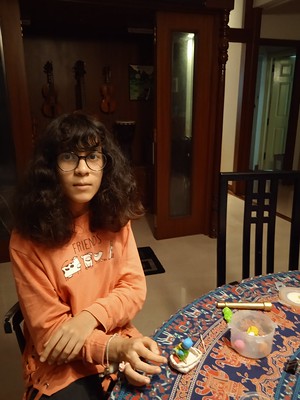 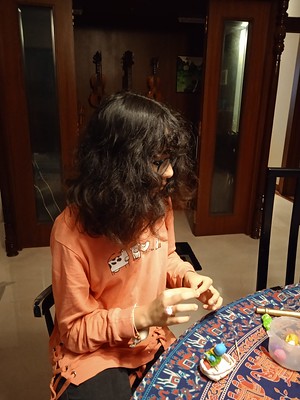 And here is the little Krishna, taking shape.

The baby doesn't have any hair here... 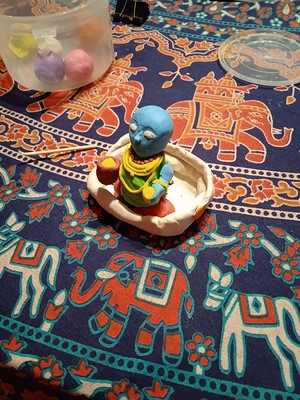 Krishna now has hair, but His eyes are not yet done. 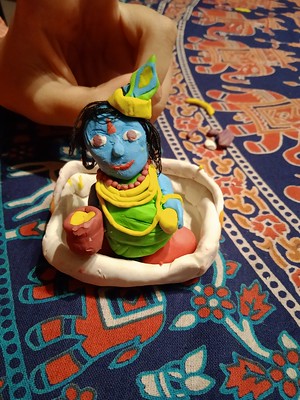 He's close to being "done"now, but seems to be listing a bit! 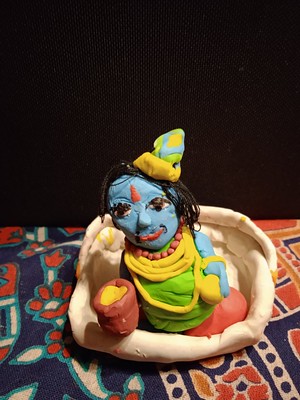 Now He's sitting in state in the centre of the pujA: 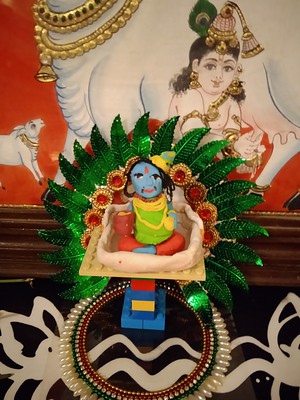 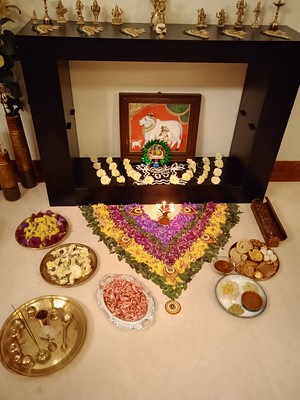 Here is the kOLam I made (with ground, thin rice paste) at the front door, you can see the feet of the little Krishna in the centre: 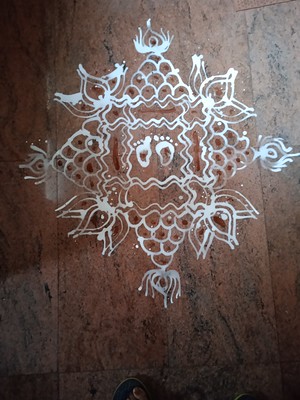 Krishna leaves his footprints in every room in the house, and K2, especially was quite thrilled to try and locate where they were in each room! 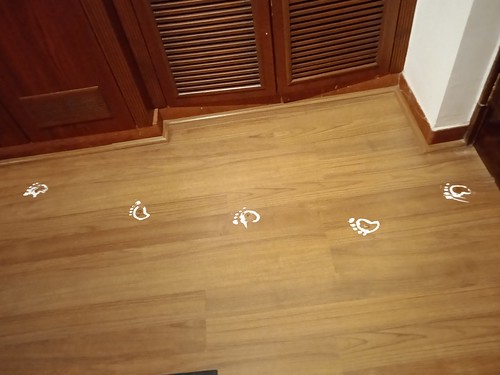 Here are the sweets and savouries we offered to Him: 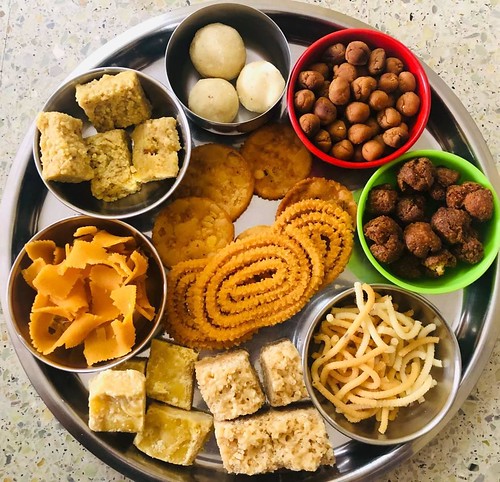 a song written by

After I had read the Sanskrit slOkAs and finished the pujA, the children played the violin to entertain Him. We discussed Krishna in our culture and mythology, and K2 entertained us with statements like "All those childbirth pains of Devaki, what a waste!" (Krishna was Devaki's eighth child, but K2 said He was the 13th. When his grandad said, "Women don't have pain during childbirth", his rejoinder was, "Men don't have pain when women give birth!"

Krishna was born in prison, where his uncle had incarcerated his parents so that he could immediately kill the children as they were born. (Why he couldn't simply keep the parents apart, I cannot say.)

Divine intervention made the guards in the prison sleep, and the doors broke open, so that Vasudev could take his son across the river Yamuna and exchange Him for another child, who would fly up into the sky when Krishna's evil uncle (mother's brother, Kamsa) tried to murder the child (a prediction had told him that Devaki's child would kill him one day for his evil deeds, so he decided to add one more to the list and kill the child!)

That is why K1 has made her Krishna sitting in a little basket, so that His father can now carry him across in the thunderstorm and save Him!

The festival is a fun time for all of us, and we are very happy that we have more than we need. More than enough is riches, indeed!
Collapse