Following Deepak Jois' suggestion that I conduct an evening walk, I met up with a reasonably large group of birders at the entrance of Madivala lake at 4.30 pm, after paying uncomplainingly for parking, entry and cameras.

I had been a little worried about the other visitors to the lake, but as it turned out, they were not a hindrance at all. From our meeting point, we could scan the lake...and the first thing that struck us was the horrific growth of the water hyacinth, which appears ready to choke off the entire water body. Boating too, has been stopped because of this. It seemed to be more of a green lawn with some stretches of water.

However, there was enough water for several birds. Purple and Grey Herons, a huge flock of Intermediate Egrets (I have not seen this large a congregation before), Purple Swamphens (no, I will not call them Grey-headed!) and Coots moved around in the vegetation. There was a lone Pelican in the water, but most of them were roosting on the island, waiting to come down to fish later, perhaps.

Moving on, we heard the calls of Barbets and Bulbuls; some of us sighted a few, too. Sunbirds flitted around on the Singapore Cherry tree, as did a solitary Pale-billed Flowerpecker (Sabyasachi told me that they are called "Tuntuni" in Bengali...I know some names like Shalik and Tiya, but this was something I learnt today).

Some Asian Openbill storks were also spotted on the island, and Job exclaimed at seeing several Northern Shovellers on the far side of the waterbody. His sharp-eyed spotting enabled all of us to enjoy a peek at these winter visitors.

Meanwhile, three majestic Marsh Harriers entertained us (and terrified the birds) throughout the walk, alternately perching on the water hyacinth or floating over the water with their whitish heads and the typical "headlights" on their wings showing, as they hunted for unwary prey.

The light on the water turned golden as sunset approached, and it was a great time to watch the birds as they foraged for food. I enjoyed the company of several of the children. Ahana, Surya, Trayee, Vismaya...some of the names that I remember...these were some of the children whom I interacted with. Surya, in particular, seems very knowledgeable about bird names, and was often testing me to see if I knew enough! Such bright and interested minds are fun to spend time with!

We walked to the left of the entrance gate, till past 6pm. Then, as several people bid adieu, I too decided to turn back as the lake gates close at 6.15pm. We were all out of the lake, as I had said, by 6.30 pm, leaving the lake to flights of Little Egrets flying in, and bats beginning to flit about in the gloaming.

I took few photographs as I was busy scanning the lake with my binoculars! My FB album is at

Thanks to everyone for joining in, and letting me enjoy the golden sunset in the still-pleasant weather of a February evening!

Though Bangalore has not had too much of winter this year, it was still an overcast morning when more than forty of us met at Madivala kere (lake) for the first 4th Sunday outing of 2019. 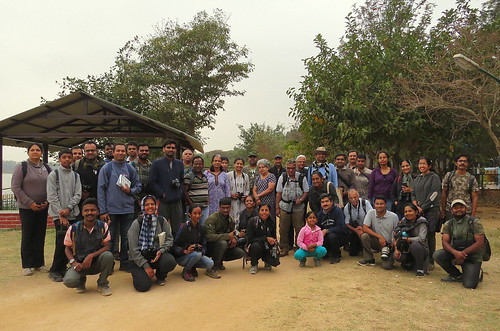 A few of us breakfasted at Check Post in J P Nagar afterwards, 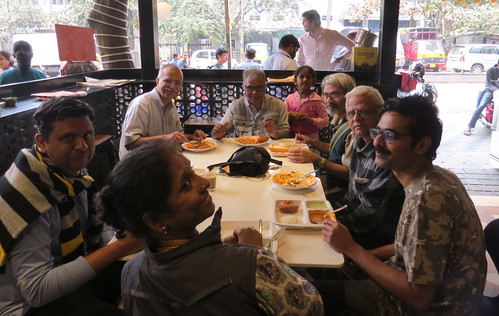 while others dispersed to waiting families. Well satisfied with the morning's sightings and observations, off we went to our other Sunday commitments.

When Vaibhav called me to come and guide the residents of a gated community on a bird walk in Madivala kere, I was very happy to do so. So off we went to the kere at 4pm. I first got a photo of him with the bird board that

had put up. The photos of the waterfowl are all by him and Dr Sanjeev Managoli, a paediatrician who manages to follow his passion for birds and contribute to the birding community, too. 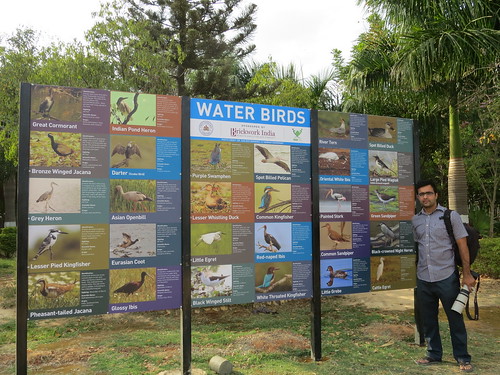 We met up with an assorted group of adults and children. 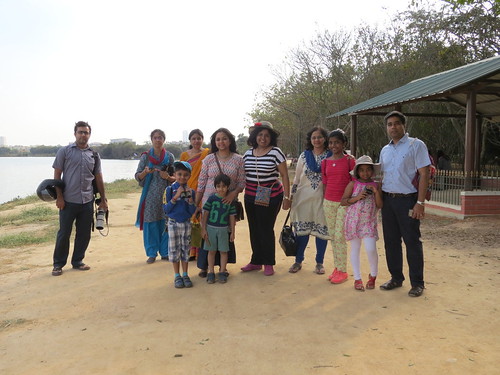 Sangeeta Kulkarni, who became a friend when we were neighbours, several years ago, is fourth from right. She's the CEO of Brickwork, and definitely I'd call this organization the custodian of the lake. 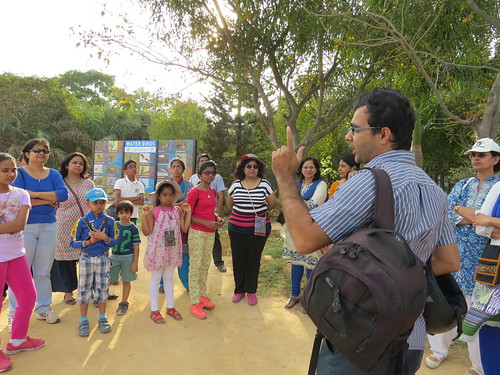 Here are some of the birds that we saw (very few...I was concentrating on answering questions and showing the birds, not clicking them!) 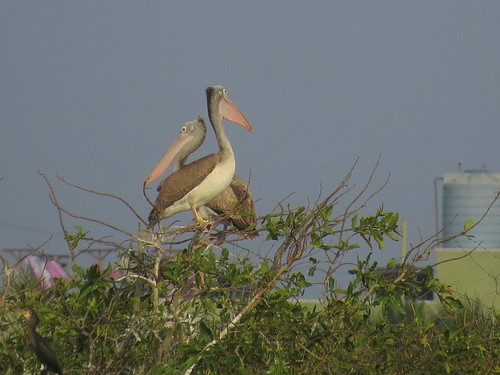 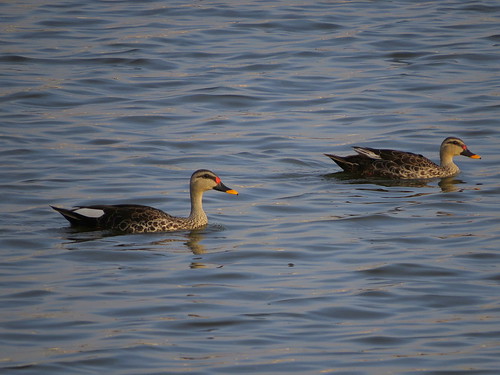 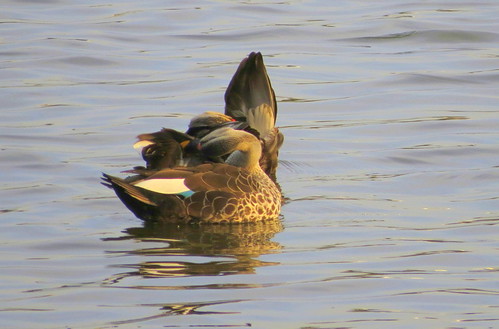 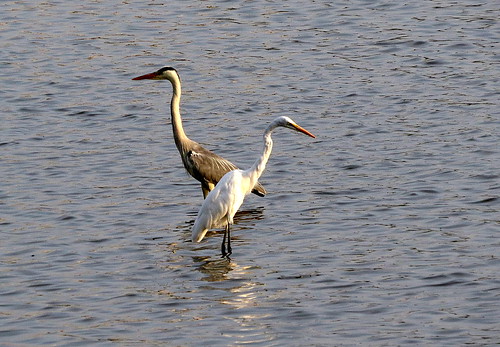 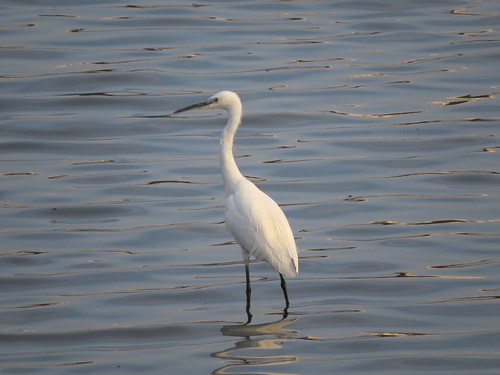 Here's the bird doing a little "umbrella fishing", a kind of feeding behaviour that I documented with Painted Storks in my write-up on Citizen Matters, 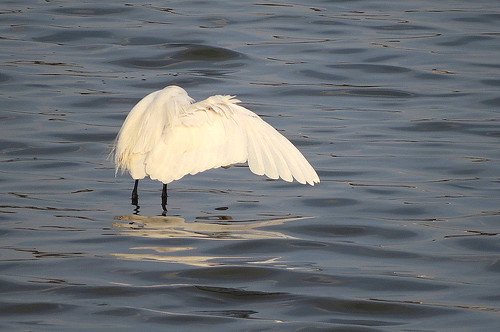 Of course, I also told them a little about the trees and plants around such as the beautiful seed pods on the Mahogany trees: 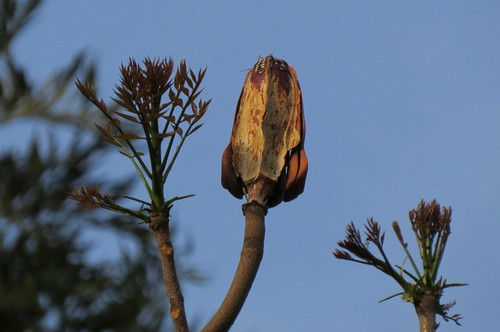 And the beauty of the Tabebuia avellenidae blooms,heralding the hot weather: 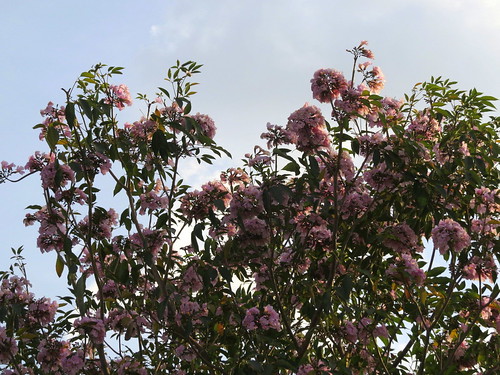 The Forest Department personnel came to keep an eye on us too: 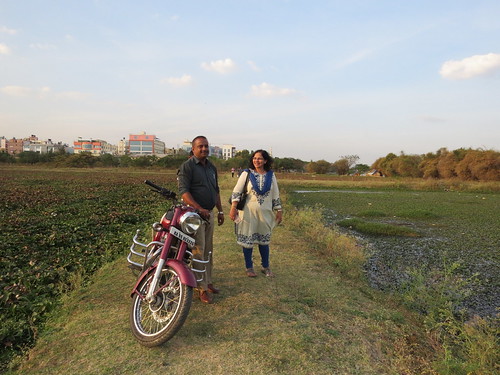 It was growing late, the last load of tourists going boating was returning... 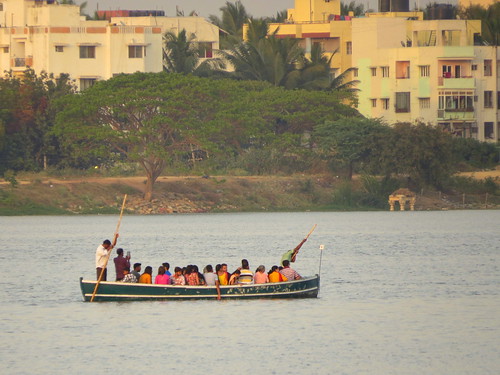 And the sun was sinking low. 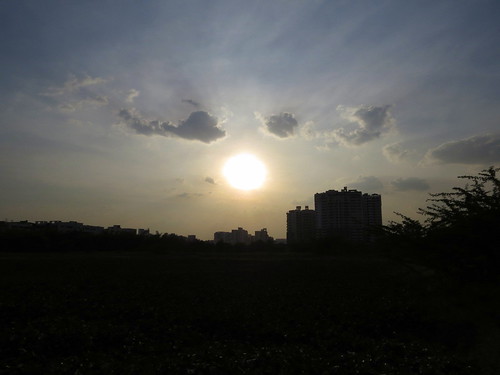 So we wound up the walk and dispersed, having enjoyed a pleasant evening upon one of the few remaining lakes that our city has.

Adarsh and Nisarg took me along to Madivala Lake this morning, and though we didn't have a great variety of birds, the SPOT-BILLED PELICANS, the ASHY PRINIAS, the TAILOR-BIRDS, a magnificient BRAHMINY KITE, CORMORANTS, CATTLE EGRETS, POND HERONS, PURPLE MOORHENS, GREY HERONS (apart from the usual crew of KMC...KITE/MYNAH/CROW) made for a very interesting time indeed.


Here's the scene that greeted us as we entered the gate: 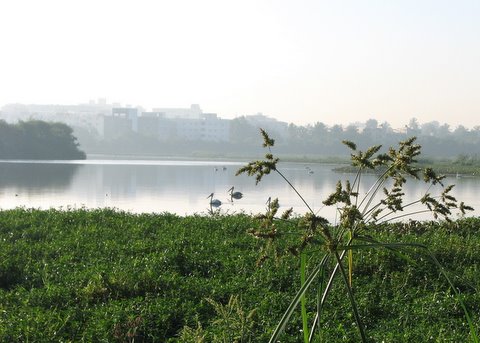 You can see the pelicans serenely floating around...the water-hyacinth that has choked up the lake may actually be keeping the boaters from approaching the birds too closely.... 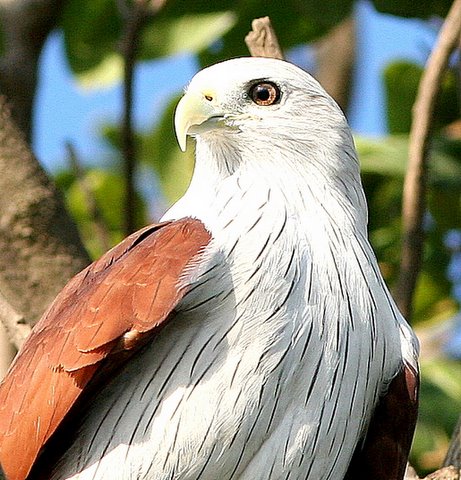 A lovely morning...thank you, Adarsh and Nisarg!
Collapse